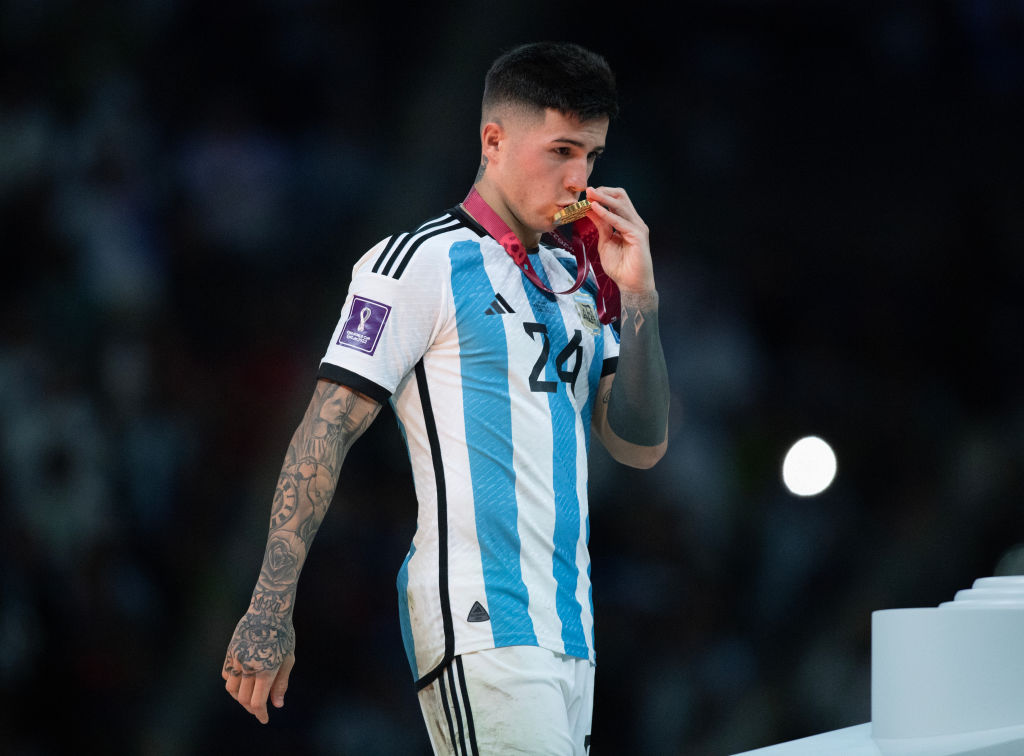 Manchester United have overtaken Liverpool in the race to sign Enzo Fernandez are willing to pay his £106million release clause in full.

The Argentina international has emerged as one of the best young midfielders in the game following a thrilling World Cup campaign, having also hit the ground running at Benfica having joined the Portuguese giants from River Plate in the summer.

The 21-year-old, also crowned young player of the tournament during Argentina’s success in Qatar, is wanted by the Premier League giants with Real Madrid also credited with keen interest in the midfielder.

Liverpool had emerged as early front runners but UOL Esporte now report United have taken the lead in the race for his signature.

Fernandez has a release clause of £106million in his contract at Benfica with United informing the club they are prepared to meet that in full.

With that development in mind, the report claims United are now the clear favourites to sign Fernandez, with Liverpool likely to focus their efforts on signing Jude Bellingham from Borussia Dortmund.

The club also pursued a deal for Netherlands international Frenkie de Jong for three months over the summer but were unable to strike a deal with the player or Barcelona with negotiations hampered by Barcelona’s financial issues.

Casemiro and Eriksen have both taken on leading roles at Old Trafford with Scott McTominay also regularly featuring in ten Hag’s plans.

United have also taken the option to extend Fred’s contract at the club by 12 months after his current deal was set to expire in the summer.

Donny van de Beek, who excelled under ten Hag during their time together at Ajax, also remains at the club but is still to make a lasting impression in Manchester.

United are expected to be active in January but their priority is thought to be a centre forward.

Recent reports have claimed they are preparing a bid for PSV Eindhoven star Cody Gakpo with the club also interested in Atletico Madrid’s Joao Felix.