Manchester United are in talks with Nemanja Matic about extending his contract beyond 2021, it has been claimed. The Serbia international looked set to leave Old Trafford in the January transfer window. But he’s since enjoyed an upturn in form and is currently ahead of Scott McTominay and Fred in the Old Trafford pecking order.

As recently as January, Matic appeared finished at United.

He’d fallen behind McTominay and Fred in Solskjaer’s pecking order and a parting of the ways was expected to happen when the transfer window reopened.

In the time since, however, Matic has enjoyed a fine upturn in form – becoming undroppable for the club in the process.

The Serb has started the club’s last two Premier League matches against Sheffield United and Brighton – sparkling in both.

He’s also provided the defensive foundations for the likes of Bruno Fernandes and Paul Pogba to flourish in attack. 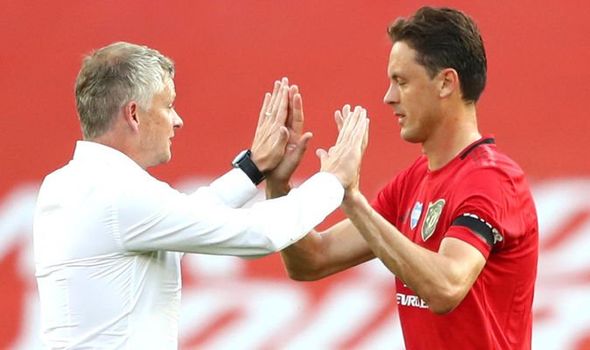 And, now, The Athletic say United are in talks with Matic about extending his contract beyond 2021.

Matic was poised to become a free agent before the Red Devils triggered a one-year extension in his contract earlier in the season.

And, now, it appears Solskjaer and the club want the former Chelsea star to stay around for a little while longer as they plot a path back to the top of the game.

The 31-year-old was recently hailed by BBC Sport pundit Alan Shearer, who said: “The plaudits are going to Bruno Fernandes because he was the game-changer but I think someone who definitely deserves a mention is Nemanja Matic.

“The way he sweeps up in front of the defence enables those two [Fernandes and Paul Pogba] to do their stuff further forward. 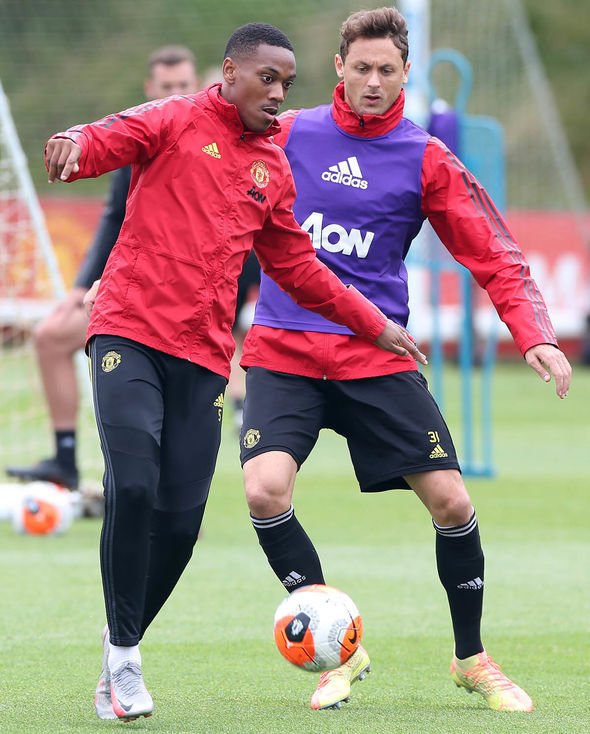 “He’s the one who gives them protection which enables them to get ahead of the play and do some magic and that’s what they did against Brighton.

“His passing has been fantastic and he’s really stepped up. He constantly wins the ball back and sets Man United on their way.

“He really does his bit defensively and he’s the one who is always there to clean it up. There’s no doubt that he’s stepping up his performances.”

Matic, meanwhile, recently opened up on his United form – and said both he and the rest of Solskjaer’s players were confident at present.

“For us, every game is a final, it doesn’t matter if it’s a real final in the FA Cup or the Europa League,” he said.

“For us every game is a final, we have to think like that. We have to try to win every match and, at the end, we will see.

“We don’t depend only on us, we have to win our games and wait for others to drop points and I hope we can reach that third spot and, if we do that, then the season will be fantastic for us.

“I’m very, very confident and I think the team looks well at the moment.”

Matic is expected to start when United face Bournemouth in their Premier League clash on Saturday (3pm).

The Red Devils haven’t lost since the 2-0 defeat to Liverpool at Anfield back in January.