Manchester United manager Ole Gunnar Solskjaer has praised Ander Herrera ahead of tonight’s Champions League showdown with PSG. The Spain international spent six years at Old Trafford before leaving for the Ligue 1 giants. And he could face his old side on an exciting night of European action.

Manchester United signed Herrera from Athletic Bilbao in the summer transfer window of 2014, a whole year after David Moyes had first tried to bring the midfielder to Old Trafford.

And, while he wasn’t always a regular, he showed his worth under Louis van Gaal, Jose Mourinho and Solskjaer during his time at the club.

Herrera was a good asset for United and won the EFL Cup, Europa League and FA Cup during his six years at the Theatre of Dreams.

And, speaking ahead of the match between PSG and the Red Devils, Solskjaer has hailed the veteran. 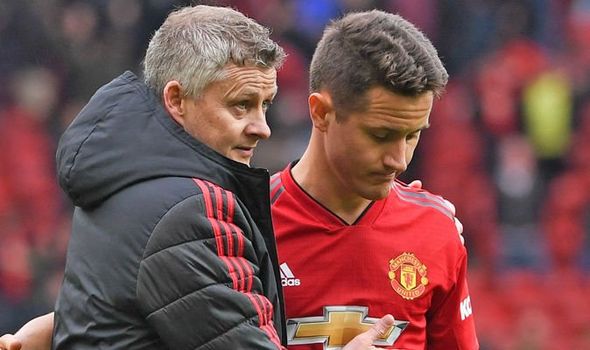 “He’s a top human being, professional, great among the group and lads. I’ve kept in touch with him myself.

“He’s just a player and person you want the best for. He plays football for the right reasons. I wish him all the best, but after tomorrow.”

Herrera himself told United’s official website that he was keeping tabs on their results this season, opening up on Saturday’s 4-1 victory over Newcastle.

“Bruno [Fernandes], with his attitude and character, is a proper Manchester United player,” he said.

“When he missed the penalty the other day [at Newcastle United], and after he played like that, it says a lot about him. 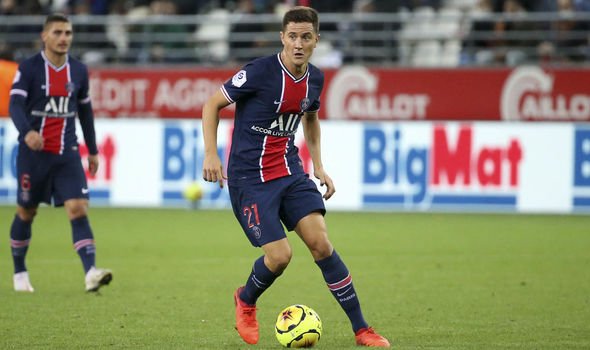 “David [De Gea] made one of the saves I was used to seeing [from Magpies striker Callum Wilson] when I was there, so it was not a surprise for me.

“It was United’s best game so far this season. They won 4-1 but it could have been 6-1 or 7-1 as they played well. In my opinion, Juan [Mata] played his best game in the last couple of years. I am happy for him but a little bit worried about our game as well. When he’s on fire, he’s difficult to stop but we will try our best.

“I hope we can stop them and put our qualities, which we have a lot of, to try to beat you and then, after that, you know I wish the best for the club and the fans, and all the Mancunian people that I love so much.”

Herrera also admitted that he had mixed feelings about facing United at the Parc des Princes.

“It was a little bit of a strange feeling,” he admitted.

“First of all, I’m happy to be going back to Manchester in two months or a month and a half [2 December], and I was happy to see all the friends I have there.

“But it’s difficult to do it without fans.

“That was a dream I had, a dream to go there to be able to thank the fans, one more time, for all the affection they had for me. To do it without fans means the situation and feeling is a little bit weird.”

The Red Devils scored twice early on through Romelu Lukaku, with Marcus Rashford completing a remarkable comeback via a late penalty.