Donny van de Beek has revealed his Dutch compatriot Steven Bergwijn attempted to get him to join Spurs before deciding to sign for Manchester United.

Last week, United announced the signing of the 23-year-old on a five-year deal from Ajax, becoming their first transfer of the summer.

Van de Beek arrives at Old Trafford with an impressive 44 goals in 175 appearances from midfield.

He will add further quality to a United team that already boasts the likes of Paul Pogba, Bruno Fernandes, Anthony Martial and Marcus Rashford. 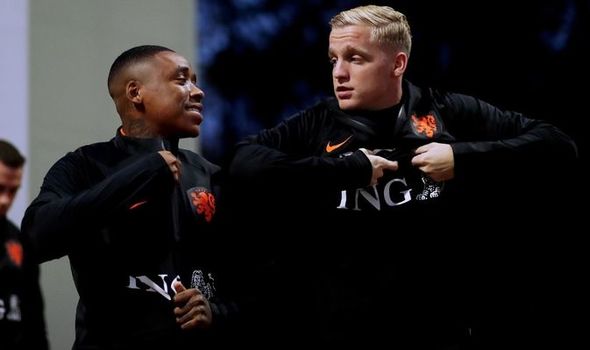 One of his international team-mates is Bergwijn, also moved from the Eredivisie to the Premier League in January.

The pair are together on international duty this week and Van de Beek says he received a message from Bergwijn asking if he would consider a move to Spurs.

“Steven Bergwijn texted me to see whether I would play for Spurs,” he told Algemeen Dagblad.

“But I chose United. I felt ready for the next step. This was the time to go. 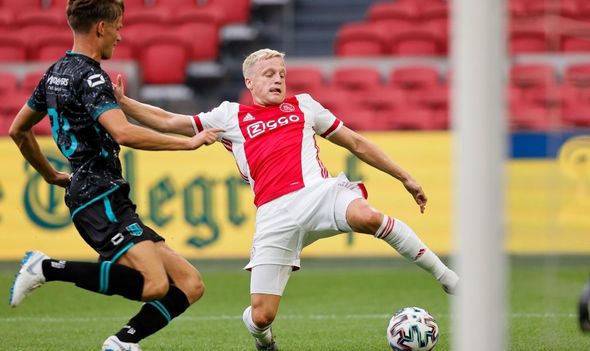 “That is why I was on the phone with my agent last weekend. In the end, there was an agreement.”

“In certain games, you can get away with it because good footballers will always find a way to play with each other,” he told talkSPORT.

“I can see where Danny comes from, so to insinuate does that mean Paul Pogba is gone? I’m not too sure.