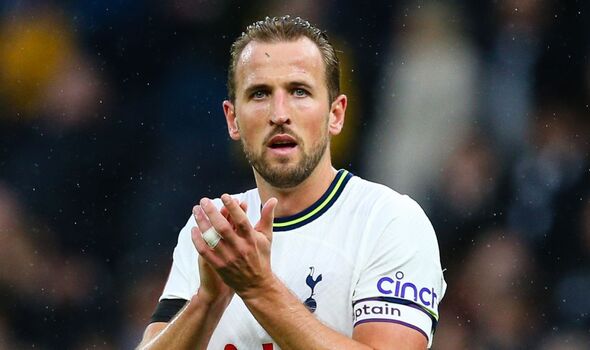 Rio Ferdinand has ordered former club Manchester United to go all out for Harry Kane this summer as the England captain “won’t win anything at Spurs.” The 29-year-old frontman is now approaching a crucial time in his career as his Tottenham contract trickles down and if the prolific frontman wants to win silverware before he retires, he may have to consider a transfer for the second time in two years.

Kane had initially attempted to force through a move to Manchester City prior to the start of the 2021/22 season but Tottenham were not willing to sell their talisman for any price.

Instead, Kane has remained with Spurs but even with serial winner Antonio Conte at the helm, the club’s main target for the season is to finish in the top four.

Ferdinand is adamant Kane is the perfect solution to United’s problems at centre-forward as he encouraged his former employers to break the band for the 2018 World Cup Golden Boot winner.

“Man United, if you’re going to go in the summer: ‘Let’s go and find a number nine for the next three or four years to hang our hat on, to get 20-25 goals a season every year,’ where are you going? You’re going to have to pay big money for Harry Kane.

“But at least you know you’re getting a man who gets 20-25 goals a season. So Harry Kane can’t be going anywhere but Man United.”

Despite skying a decisive penalty for England in their World Cup quarter-final defeat to France, Kane is arguably in the best form of his career.

The Spurs hitman has already lashed in 15 Premier League goals and is just two shy of matching last season’s tally in the top-flight.

Paul Merson is also in agreement with Ferdinand, he recently wrote in his Daily Star column: “In an age where clubs spend money for fun and world-class centre-forwards are a rarity, I would find it crazy if Manchester United did not break the bank for Harry Kane.

“You can look all around the world, rack your brains and round up every scout within your network and the answer is right there in front of you. There is nobody that comes close to Kane that is currently available.

“If United ever want to catch Manchester City, they’ve got to go and get Kane.

“Everybody wants a striker and is searching far and wide but the best centre-forward is staring everybody in the face.”

Merson also made the same point as Ferdinand that Tottenham are unlikely to ever win anything.

The pundit added: “He plays for a team in Tottenham that are going to win absolutely nothing and surely, sooner or later his head is going to be turned by a move again.

“I don’t know what I’m missing here. Even if he costs £150million and it’s a four or five-year contract, you are buying over 100 goals. Who else is going to give you that?”

Should Kane fail to agree a new contract, Spurs could face a difficult decision over his future at the end of the season as the England record goalscorer approaches the final 12 months of his deal.

Spain reach quarterfinals, but questions linger ahead of England matchup