Manchester United’s controversial owners, the Glazers, are reportedly weighing up whether to follow Barcelona’s lead when it comes to raising funds for infrastructure investment. Such an approach would decrease the likelihood of selling their stake in the club despite a sequence of fan protests calling for them to do just that.

Fans came out in force before United’s opening-weekend defeat to Brighton and they supposedly plan to do so again before Monday’s clash with bitter rivals Liverpool. The Glazers have been hugely unpopular since acquiring their stake in the Red Devils almost 20 years ago.

Broadly, fans have taken issue with their decision-making and lack of personal investment. The Times claim that the owners are exploring avenues that would create funds to expand Old Trafford’s capacity to 90,000 and revamp the training facilities.

While one option is to sell a minority stake in the club, which could eventually lead to a full change of hands, another is to follow Barca president Joan Laporta’s lead and sell a percentage of their future TV rights. 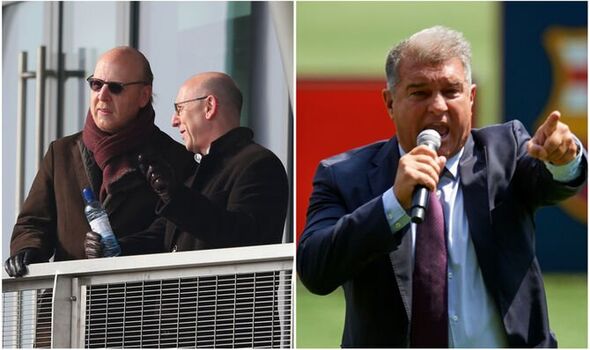 That approach is unlikely to go down well with the fanbase given Barca’s lack of financial health. Laporta and the Catalan outfit have had to activate a series of financial ‘levers’ in order to make signings this summer, including selling a percentage of their future TV rights to investment firms.

Industry insiders are supposedly adamant that United would have no issues securing funding using that method. The Glazers are seeking around £200million to carry out their infrastructure project and are yet to decide which avenue to go down.

There had been hope among United fans that a full takeover could be in the works amid reports that the Glazers were beginning to change their stance on selling the club. A trio of consortia are believed to be sniffing around after a new £5billion price tag was slapped on the Red Devils, with Sir Jim Ratcliffe among those touted to make a move.

New manager Erik ten Hag has endured a frustrating summer, watching a host of top targets fall by the wayside. He could finally get what he needs, however, with big offers flying in for Real Madrid ace Casemiro and Ajax star Antony, but club hero Gary Neville feels that more sweeping changes are needed at Old Trafford if they are to revisit their former glory. 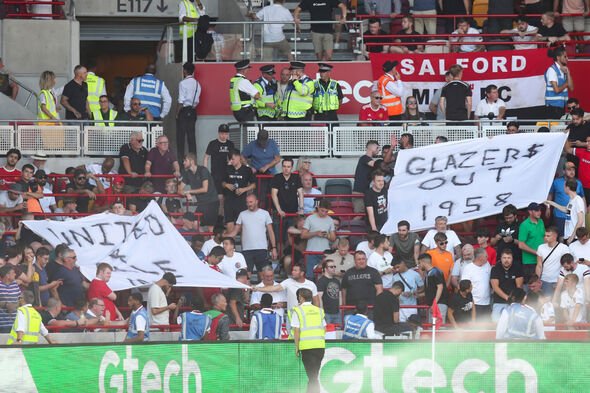 “It comes down to a lack of leadership and vision,” he told The Diary of a CEO podcast. “A deterioration of beliefs over a long period of time. Poor standards have meant that, over a period of time, there has become an embedded rot. The players look like they haven’t got a clue anymore and they’re getting poor results.

“I don’t believe that all those players on the pitch are poor. When some of them were signed, I was really excited by their arrivals and I’ve seen players that weren’t as good as them go to other clubs and excel. The environment, culture and enthusiasm you need to go into work every day hasn’t been created by the hierarchy at the club.”