Man Utd: Can the Red Devils challenge for the title?

Bruno Fernandes was a major talking point at the King Power Stadium as Manchester United drew 2-2 with Leicester. The Portuguese star thought he’d won it for the visitors before Jamie Vardy equalised six minutes from time.

United took the lead through Marcus Rashford and he could have had a hat-trick if he had more composure in front of goal.

Fernandes then gave the ball away for Leicester’s equaliser as Harvey Barnes smashed home from range.

The United attacking midfielder then gave his side the lead with a cool finish and then could have been sent off for a second bookable offence, following a tackle on Jonny Evans.

Vardy had been quiet all afternoon before he was in the right place at the right time to convert Ayoze Perez’s cross.

Here’s how the United players rated on Boxing Day… 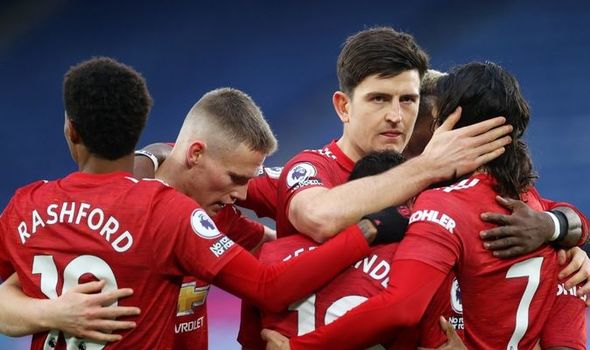 Failed to clear his lines in the first half and spread panic into the backline. Could arguably have stopped Harvey Barnes’ equaliser too. Held his back at one point sparking injury fears with Dean Henderson told to warm up.

The Swede slotted in at right-back in place of Aaron Wan-Bissaka. His performance highlighted that this is an area of United’s squad in need of attention. Limped off in the second half and was replaced by Axel Tuanzebe.

You never quite know what you’re going to get from the Ivorian, who started at centre-back. Gave away a free-kick with a bizarre handball that summed up his unpredictable nature.

The United captain was on ice skates in the build up play to Barnes’ leveller. He slipped about but did get the ball to Bruno Fernandes, who crucially gave it away for the goal. Headed over on 70 minutes from Luke Shaw’s free-kick

Put in an inviting cross from a dead ball which was headed just wide by Fernandes. Did well to get his body in the right place to stop James Maddison from scoring in the second half.

Dropped very deep at times to get on the ball.

Quiet in comparison to last Saturday’s performance against Leeds. Was static for Barnes’ goal. 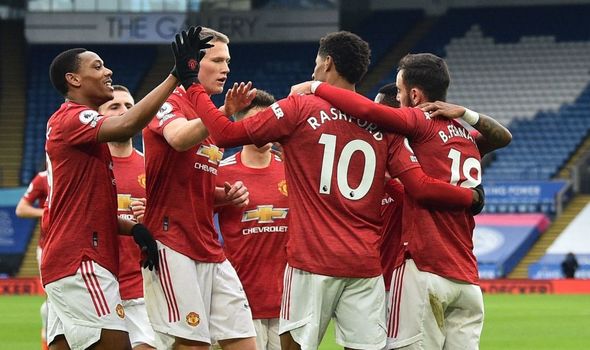 Put a golden chance on a plate for Marcus Rashford right at the start of the game. Did then tee up his team-mate for the opening goal of the game. The Portuguese must be criticised for the way he tried to nutmeg James Maddison for Leicester’s equaliser though. Criminal on the edge of his own box.

He did make up for it though by scoring in the second half but could easily have seen red for a second yellow.

Failed to slot Anthony Martial in on goal before being subbed for Paul Pogba.

Made amends for his early miss with a cool finish to put United in front. He did miss a big chance in the second half though, when he was denied by Leicester goalkeeper Kasper Schmeichel.

Had the ball in the net but the goal was righty ruled out for offside. Other than that, was barely involved. Subbed for Edinson Cavani.