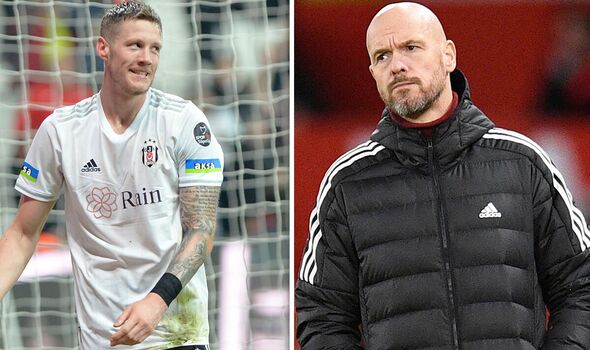 Manchester United will not be able to sign Wout Weghorst unless Besiktas can sign a “quality striker” to replace him. Besiktas president Ahmet Nur Cebi has made it clear he will only agree to a deal on his terms.

United are hoping to sign Weghorst on loan for the remainder of the season. The issue is he is already out on loan, having joined Besiktas from Burnley ahead of this campaign.

Burnley have to agree a termination package with Besiktas in order to facilitate a move to United. However, the Turkish club are not making it straightforward.

Understandably, they want to confirm the arrival of a replacement for Weghorst before they agree to his departure. Besiktas are fifth in the Turkish top flight and Cebi is not willing to be without a striker as the team pushes towards the European places.

He told Milliyet: “With the victories over Adana Demirspor and Kasimpasa, we caught a good mood again. In this critical period, I will not leave the team without a striker.

“If we agree on the terms after getting a quality striker, we will send Weghorst away. Otherwise, Weghorst will stay in the team.”

Milliyet claims Besiktas are looking to get between £3.5million (€4m) and £4.4m (€5m) in compensation from Burnley. However, the Clarets are said to only be offering £2.2m (€2.5m) at this current time.

United boss Erik ten Hag was unable to provide an update on the pursuit of Weghorst after the Carabao Cup quarter-final win over Charlton on Tuesday. Ten Hag said: “No, unfortunately I can’t.”

United are in the market for a forward following the departure of Cristiano Ronaldo. The Red Devils have been thriving on the pitch since they returned to action following the World Cup, winning all six matches and conceding just one goal.

Ten Hag knows the right type of player must be brought in to bolster his options and not disrupt his confident squad. The Dutchman said recently: “It is always difficult, strikers are expensive and especially in the winter, you set the limits high so maybe we have to be creative.

“We do everything in our power to get it done and get the right player who fits the balance. It is about timing, availability, about so many circumstances playing a role.”