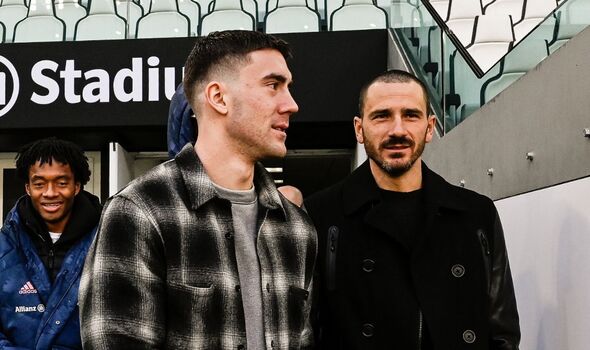 Manchester United are prioritising the signing of a new No 9 this January as Erik ten Hag confirmed the club’s intentions to explore the striker market this winter. The Red Devils have now missed out on PSV Eindhoven’s Cody Gakpo, who is set to join Liverpool in a deal that could rise to £50million including add-ons.

United were expected to reignite their interest in Gakpo ahead of the January window after recently reopening contacts with his representatives.

However, they are now going to have to explore other attacking solutions after mutually freeing Cristiano Ronaldo from his contract last month.

According to reporter Sam Pilger, United are already focusing on the signing of an orthodox No 9 – a position where United are currently short of options.

Both Marcus Rashford and Anthony Martial have been used as centre-forwards despite playing the majority of their football at Old Trafford out wide.

Ten Hag has confirmed United are looking to bring in a new striker to bolster his squad as they look to maximise their chances of securing a top-four finish.

The former Ajax tactician said: “We have lost a striker so we need to get a striker in but has to be the right one who brings quality into the team – not just adding to the squad. This only causes problems. The criteria is high here at Man Utd.”

United head coach Ten Hag has also claimed Rashford is capable of exploding in terms of goals, having sharpened up his game this season for both club and country.

“I said it from the start, I think he is capable of scoring 20 goals in the Premier League,” Ten Hag added.

“I am convinced of that. He has four but he also got three in the WC, so we know the potential to score those numbers in the Premier League.”

One option for United could be Juventus’ Dusan Vlahovic as the Old Lady battle problems off the field of play.

Before the World Cup, the entire Juve board departed the club and that has led to question marks surrounding the futures of some of their top players.

Vlahovic was previously admired by United during his time at Fiorentina before he completed a £62million switch to Juve.

Ralf Rangnick name-checked both him and Manchester City forward Julian Alvarez during talks with the United board before they opted against both deals.

The Serbian frontman is believed to be open to a switch to the Premier League with Chelsea also linked with his signature.

Furthermore, United are also in the picture for Joao Felix, who is expected to leave Atletico Madrid in January.

Both Chelsea and Arsenal have also had contact with Jorge Mendes over a deal with the Portuguese attacker keen to pursue a new challenge.

United are long-term admirers of Felix following his mega-money move to Atletico from Benfica in the summer of 2019.

Atletico could be willing to agree a loan-to-buy transfer, although they are understood to be prioritising a permanent sale.

Neville says Southgate will be confident after World Cup draw