Manchester United, as it stands, will have to sell before they buy when it comes to RB Leipzig’s Dayot Upamecano. And the reason for that is because the Red Devils also want Jadon Sancho, who remains their priority transfer target. Ole Gunnar Solskjaer has already signed Donny van de Beek from Ajax but wants more if his side are to challenge for the Premier League title next time out.

Fans were starting to despair at the lack of activity, especially having seen their Premier League rivals strengthen around them.

But United finally unveiled Van de Beek, with the midfielder moving from Ajax in a £40million deal and signing a five-year contract with the club.

Now, however, they want more. 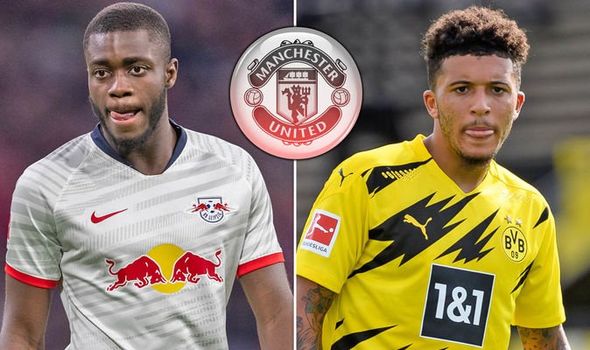 The Red Devils are eyeing Upamecano as Solskjaer looks to tighten up his defence, despite Harry Maguire and Victor Lindelof shining at the back together last season.

Yet the problem is that, with the club still saving their money up for Sancho, they’re having to sell before they buy.

The United board know funds are stretched, if not tight, this summer. With Dortmund demanding £108m to let their prized asset go, they must operate within their means.

And they need Chris Smalling, Phil Jones and Marcos Rojo gone if they’re to land Upamecano as well as Sancho this transfer window.

Roma are back in for Smalling, who sparkled during a loan spell at the Stadio Olympico last season. 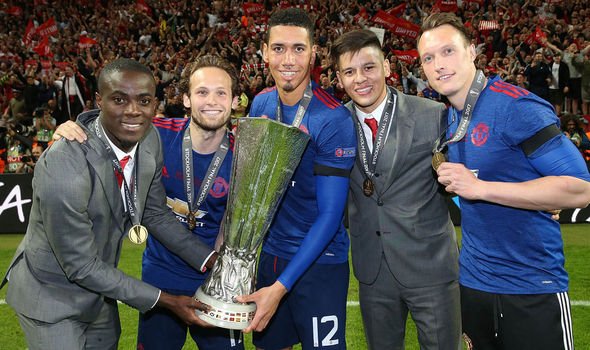 The Serie A giants are confident they’ll be able to sign the England international for a fee of £18m, with Solskjaer’s side initially holding out of £25m.

That will boost the club’s funds, so at least that’s one down. But, at the current time, offloading Jones and Rojo seems problematic.

Jones was signed from Blackburn Rovers in 2011 with Sir Alex Ferguson tipping him for superstardom the following year, insisting he could become a legend at both club and international level.

But, over the years, injuries and inconsistencies have blighted the 28-year-old’s career.

As a result, interested parties are few and far between. Newcastle have been linked but, for the moment, Steve Bruce is looking elsewhere.

And Rojo’s wages of £120,000-a-week make him difficult to offload, too. A loan spell at Estudiantes was disastrous last season and being photographed smoking with friends during lockdown didn’t help his cause either.

As a result, United’s pursuit of Upamecano currently hangs in the balance.

They’re eager to strike while the iron is hot, emboldened by the signing of Van de Beek and still daring to dream they can bring two more in the door.

But with the majority of their funds being saved for Sancho, they know they’re operating on a tight budget.

Which is why they need Rojo, Smalling and Jones to go.

If that happens, then the Red Devils may get both Upamecano and Sancho. But what ultimately happens remains to be seen.