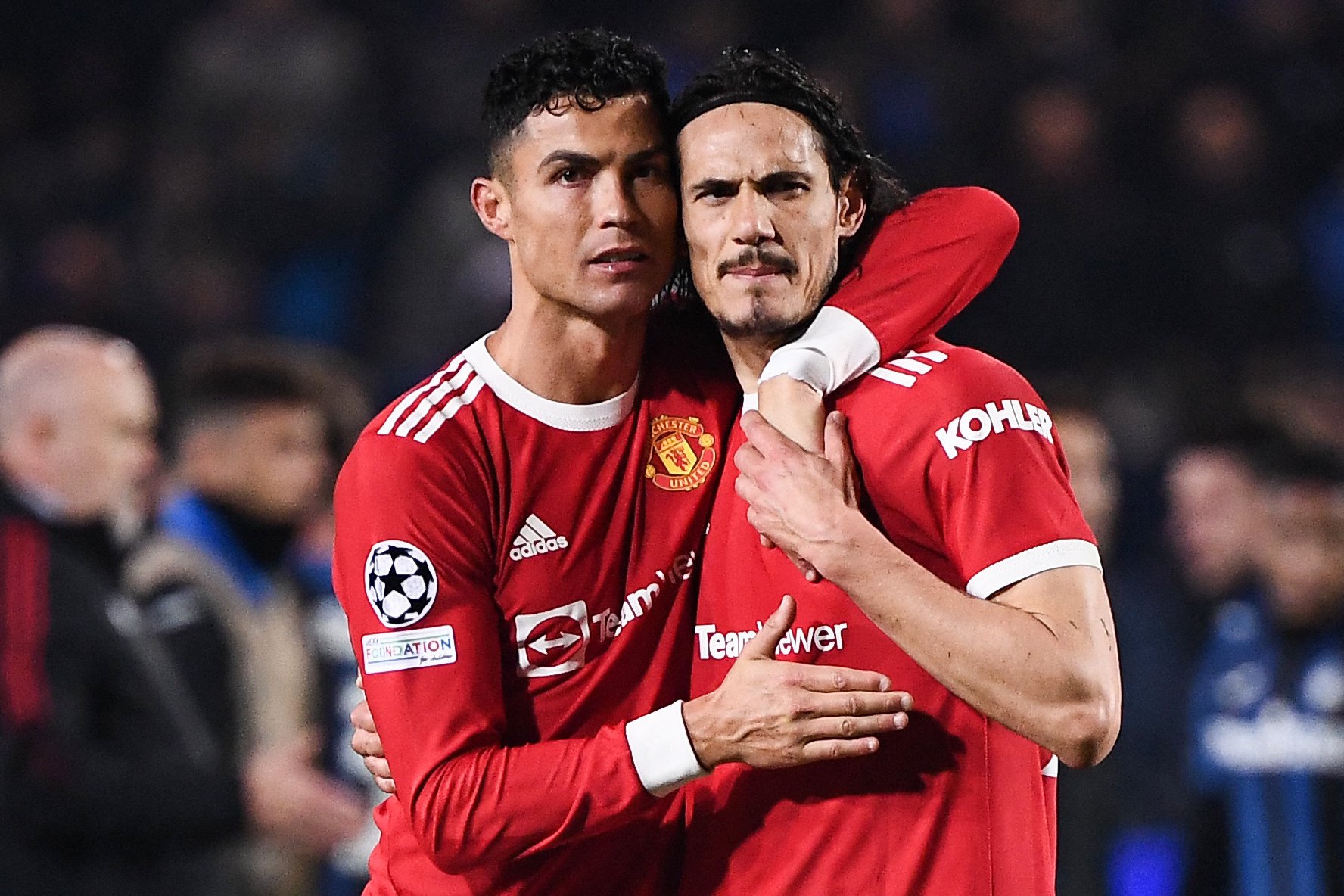 Edinson Cavani admits he would have pushed to leave Manchester United last summer had he known the club were re-signing Cristiano Ronaldo.

United completed their move for Ronaldo in the closing stages of the transfer window in a £19.8 million deal last August.

It’s understood that Sir Alex Ferguson, Rio Ferdinand and Patrice Evra all attempted to convince Ronaldo to return to Old Trafford amid the threat of the 37-year-old joining Manchester City instead.

But while Cavani has hailed Ronaldo as a ‘great professional’, the Uruguay international admits he would’ve left United if he knew about their transfer plans.

‘Speaking the truth, as I always tell the truth, as it should be, at the moment it happened, I thought it was good that Manchester signed Cristiano,’ Cavani told ESPN’s Bola da Vez.

‘Knowing a little about the world of football today, the first thing I did was call my brother and I said, ‘Fernando, if this had happened a week ago, I would have asked you to sign with another club’.

‘But not because I didn’t want to play with Cristiano Ronaldo. No, because I had the opportunity to meet him and he’s a great professional, with his objectives, and that’s perfect for sportsmen.

‘But as I know, after years in football, how things are these days, that’s why I was talking to my brother.

‘It was more about understanding the situation. Not because I couldn’t play in my place at Manchester but because there are a lot of things in football today that are different from how they were with other coaches, how it was before, years ago.

‘But how it happened suddenly at no time did I have any sensation. I thought, ‘let’s play, do the best we can’.’

Cavani has started just six games in the Premier League this season due to injury and the 35-year-old, whose contract with United expires at the end of the season, admits he has faced ‘difficult situations’ at Old Trafford this term.

‘Over time, regardless of my injuries at the club, which kept me a little out of the season, I went through difficult situations, different from what I faced last year,’ said the Uruguayan.

‘And after a few months, I called my brother again and said, ‘remember what you said at the beginning of the season, before the season started?’.

‘You see, I’m speaking as if we were sit next to each other. Here there are no secrets in football. For me, it’s all been made up, and I have a vision of football that nobody takes away from me.

‘So I called my brother and said that. Because he was like, ‘be positive, Edi, you’ll do a good job’, I said, ‘yes, Fernando, I have no doubt it can be like this but let’s see how things go with the time’.

‘And everything happened and that’s it, here we are, adding up, like everywhere I’ve been, but my way of thinking and way of seeing football gave me reason in the first months and from then on, problems with injuries and I was a bit out. But that was a little bit of what happened in that period.’