Before the coronavirus crisis brought football to a halt, Anthony Martial appeared to have turned a corner for Manchester United. The France international signed off with four goals from his last six matches, including strikes against Manchester City and Chelsea. But despite his recent improvement Ole Gunnar Solskjaer is still eyeing a new centre-forward at Old Trafford.

Martial has always had talent. When he joined United and scored a stunning solo goal against Liverpool, that much was obvious.

He’s a player who, when things are good, so is he. His best performances have, for the most part, been in games where United are expected to win.

Before the break, though, that appeared to change. Scrutiny was rising prior to the games against Chelsea and City, particularly after Martial looked so abject in the goalless draw with Wolves at the end of January.

But the United star has risen to the fore in recent times, rewarding the faith of Solskjaer in the process.

However, while Martial has stepped up, that hasn’t stopped Solskjaer from looking to sign a new striker at the end of the season.

Erling Haaland, Timo Werner, Harry Kane and Moussa Dembele are four of the names being considered behind the scenes at the club. 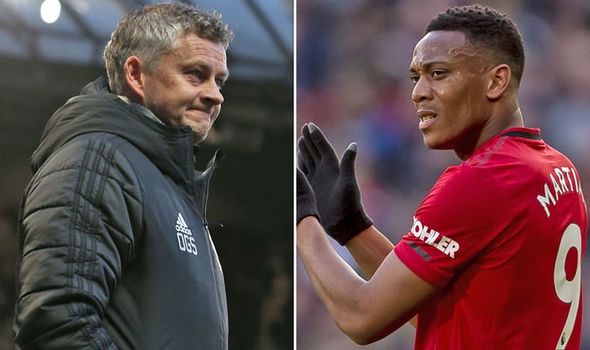 Had Solskjaer got his way, Haaland would already be there. Solskjaer was hellbent on signing his compatriot and was left bitterly disappointed when the 19-year-old chose to join Borussia Dortmund in January instead.

But United, should they invest in a new forward, risk seeing Solskjaer and Martial’s relationship change.

It has, after all, happened before.

Martial was hopeful of kicking on as a centre-forward when Jose Mourinho succeeded Louis van Gaal in 2016, having flourished in that position under the Dutchman. 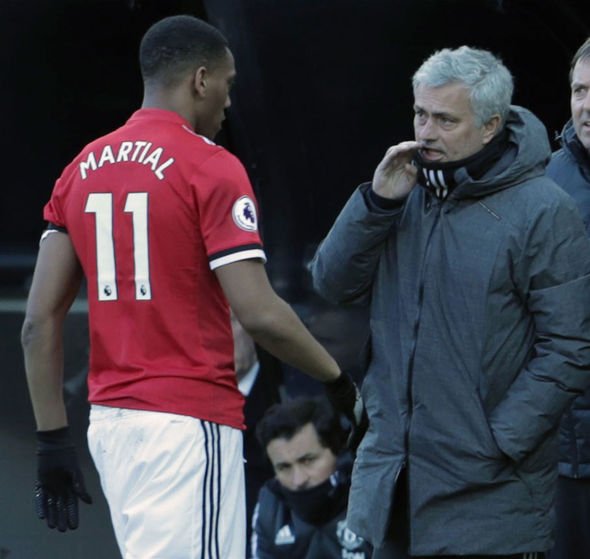 Martial is somebody who needs to feel loved in order to perform. That’s why Solskjaer has been happy to put him straight and give him advice behind the scenes, rather than in public.

Martial was upset from the start with Mourinho immediately bringing Zlatan Ibrahimovic with him to Old Trafford.

To add insult to injury, the Frenchman’s No 9 shirt was given to the Swede as well. And that set the tone for a troublesome relationship.

Martial’s confidence never quite recovered. It took him until the final few months of Mourinho’s reign, when the Portuguese coach was effectively a dead man walking, to rediscover his mojo.

He was similarly unhappy when Romelu Lukaku signed from Everton in 2018. 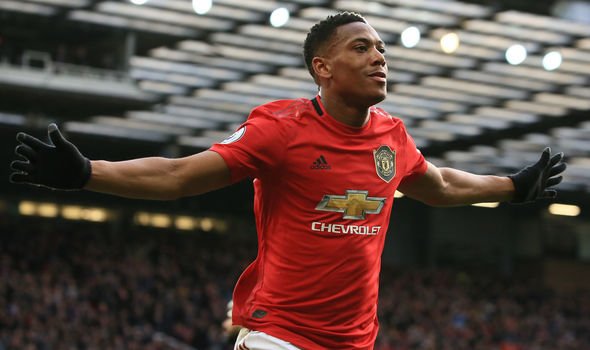 Like Marcus Rashford, the France international had been hoping to instead be promoted to centre-forward following Ibrahimovic’s serious knee injury.

But that didn’t happen and Martial was far from pleased when Lukaku made the move. Even less so, when Mourinho persevered with the striker despite some drab displays.

Should United sign a striker – and they plan to do just that – they run the risk of seeing Martial change again.

He’s finally looking like the Ballon d’Or winner the Red Devils thought they were signing from Monaco five years ago.

But Martial’s a sensitive soul and the arrival of a Haaland or a Kane could see him go back to the sulky, petulant star we saw so often during Mourinho’s spell in charge.