Manchester United star Fred has been criticised by Watford’s Troy Deeney – despite shining in the Champions League against PSG on Tuesday night. The Brazil international was one of the standout performers for Ole Gunnar Solskjaer’s team in France. But, despite that, he’s now come under fire.

Manchester United went into the match against PSG with just about everybody expecting the Ligue 1 giants to win.

However, on a dramatic night in Paris, it was Solskjaer’s side who picked up all three points.

Bruno Fernandes opened the scoring in the first half, converting from 12 yards at the second attempt after Anthony Martial had been fouled inside the area.

Martial then accidentally put the ball into his own net but United weren’t to be denied, with Marcus Rashford finding the net late on.

Fred impressed in the middle of the park, with the Brazil international getting the nod in midfield ahead of Paul Pogba and Donny van de Beek.

But Deeney, talking on talkSPORT, criticised the Samba star after the match. 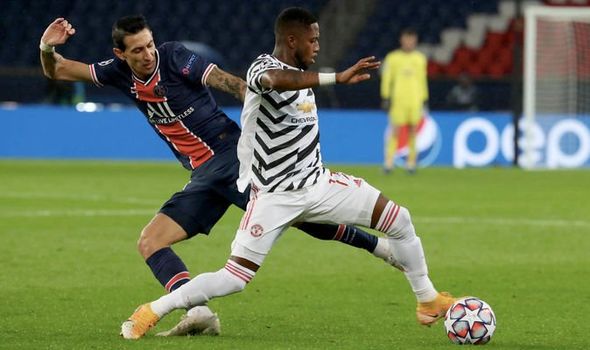 “Whenever you play against Fred – we certainly did it – you let him get it,” said the Hornets striker.

“He has to take three or four touches. He doesn’t know how to do one or two touches.

“Anyone who watches his game will know when he gets it facing the wrong way, turns, turns, chops, chops.

“Three or four times a game he will give you the ball. Anyone who studies football will know that.

“You have that one person who is the trigger and you are waiting for it and bounce off him.”

Solskjaer said after the match at the Parc des Princes that he selected Fred and Scott McTominay because the pair are ‘in good form’. 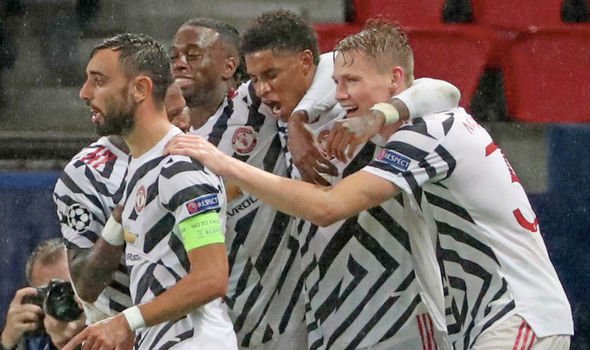 He then added: “Maybe at 1-1 in the middle of the second half we started to be more confident, played [more football]. I think Paul Pogba came on and did really well for us and we created chances.”

Though it was a good night for United, PSG boss Thomas Tuchel was far from happy with his side after their abject display.

“In the first half, we were simply not on the pitch,” Tuchel told beIN SPORTS. “It was not our level.

“I don’t know why, but I can just say that it was not our level, in moving the ball, in possession, in counter-attacking, in challenges, in intensity.

“The good news was that it could not be worse. Okay, we were down 1-0, it is easy to play better in the second half and we had to step up, it was clear,” Tuchel added after star forward Neymar failed to score in four consecutive Champions League appearances for the first time since November 2013.

“We tried to do some tactical changes because of the injury of Idrissa Gueye, we tried to bring on one more offensive guy, which was a risk that we paid for at the end also. It was like this today.

“From the start until the end it felt like we were never at our highest level, and we weren’t really into the match like was absolutely necessary on this level.”