Manchester United star Juan Mata has dubbed former manager Louis van Gaal as ‘scary’ – and opened up on a bizarre chat he had with the Dutchman. The duo spent two years at Old Trafford together, helping the Red Devils win the FA Cup during that time.

Moyes had succeeded Sir Alex Ferguson at Old Trafford with the club giving him a six-year contract – but the Scot was axed after failing to steer the Red Devils into the Premier League top four.

Van Gaal was a colourful character throughout his time in England and Mata has admitted that the former Bayern Munich and Barcelona boss was ‘scary’.

And the Spain international also opened up on a strange, albeit amusing conversation he had with the 68-year-old when they first met.

“He was scary! He was scary, I tell you!” he told the club’s official website.

“He was a very nice man, very genuine. Very sensible. You wouldn’t expect that, but he was very sensible.

“He could even get emotional and crying sometimes when he was speaking about important matters that he found with the right values, or the right football… he got emotional.

“But I remember the first meeting we all had with him. It was in LA. 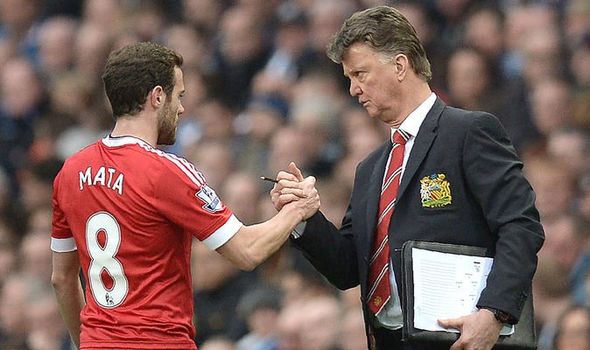 “We were doing a pre-season tour. So the manager said: ‘I want to meet you one by one in this room after dinner’. I was like ‘okay’.

“Everyone went, whatever. My turn. So I arrive to the room and it was him, Ryan Giggs, a bottle of Rioja, red wine, and three glasses.

“I remember he had like paper, where he had set up the tactics for the team and that year, and he was like ‘Where do you think you will fit best here?’ I was like ‘here’ and he said ‘No’. ‘Here?’ ‘No.’

“I didn’t want to put it myself! And from that moment, you realised: he can look scary in the face-to-face, because also he goes too close to you.

“But after that, he’s a very warm and genuine man. Ryan Giggs was there trying to hold his laugh! 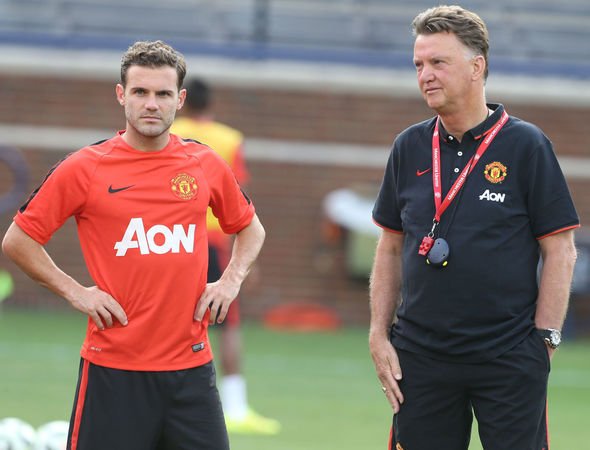 “He used to tell us after games: ‘Try to go and sign for the fans. Don’t get in your cars and leave. I received this morning a letter from a mother that thanks me personally because you, you and you the other day went to see her kids somewhere.’

“So he was more than a football manager with his tactics; he was a great human being and I learned a lot from him in that sense.

“We had some good moments also: qualifying for the Champions League and winning the FA Cup, which I felt was very important for us and for him.

“He had a speech in which he thanked us for winning the trophy and how happy he was.

“I don’t think he knew if he was going to continue or not, so it wasn’t a proper farewell. But it was an emotional speech, and after that of course we exchanged messages and things, but it was sad to see him [go]. Especially because of how he was as a man.”

Mata had been sold by the Portuguese during their time together at Chelsea – but had no concerns about working under the current Tottenham boss again.

“I wasn’t nervous. I was feeling like those six months at Chelsea where I stayed, I was feeling ‘Let’s go for it, you know?’ I didn’t play as much as I would have liked to with him in Chelsea, but you know football changes, and Chelsea’s squad is different to United’s squad,” he added.

“So many people were asking me, ‘What did you say in the beginning?’ I was like, ‘I’ll tell you – we spoke about Manchester, and a game that Barcelona had played a few days ago, and football’. It was completely normal and good relationship between us.

“The respect is mutual, and we never had any personal problem.

“The situation was a football situation. He played in a certain way that maybe didn’t suit perfectly my qualities as a player, and that’s it. Sometimes it happens in football.

“But my mentality was: okay, I’m going to try. My family was a bit scared. The fans were telling me, ‘What are you going to do?’ But I had it clear in my mind that I’m going to stay and prove that I can play much more than people think, and I did.

“And it’s one of the things that I feel very proud [of] in my career: having made that decision, testing myself and keeping going and playing, at the end, the Carabao Cup final, the Europa League final, and feeling an important player in the squad.