Manchester United star Marcus Rashford has revealed he often lost his temper in youth matches against Liverpool and Manchester City. The 23-year-old has won plaudits with his exemplary behaviour both on and off the pitch. But he’s now opened up on some anger issues he had during his teenage years.

Rashford was rightly recognised at the BBC Sports Personality of the Year awards on Sunday night, with the England international praised for his work in attempting to tackle child poverty.

Yet he’s now explained that he wasn’t always so level-headed as a child, and that his temper would often flare up in youth matches against Liverpool and Manchester City.

“I have the same feeling but I have to find a way to control it, otherwise I’d just get loads of red cards!” he told the club’s official website.

“It gets too emotional sometimes.

“At the beginning of my career, the coaches will tell you there was times against Liverpool and City where they’ve had to take me off the pitch, they’ve had to substitute me because I used to let my emotions get the better of me and do things that weren’t in my character. 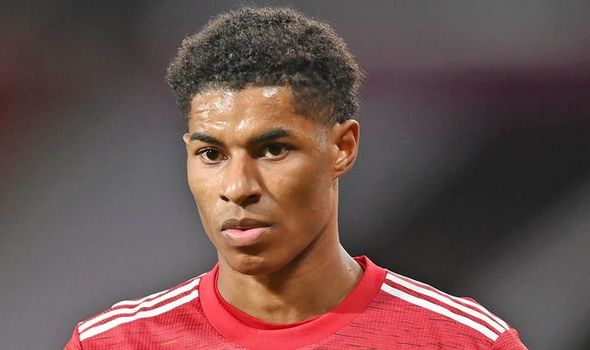 “I have to find a way to control it, but coming to the first team at such a young age and seeing how professional the players were, they showed me you have to put things aside and go on the pitch and be professional.

“That’s what I do now. I do things that make me relaxed, to settle myself down. Then I feel like I’m ready to play the game.”

Rashford also admitted his first game as a fan at Old Trafford was a 4-3 defeat to Real Madrid in the Champions League in 2003.

And he said of that night: “That was my first game.

“I already had a bond with United because of my household, it was just Man United. 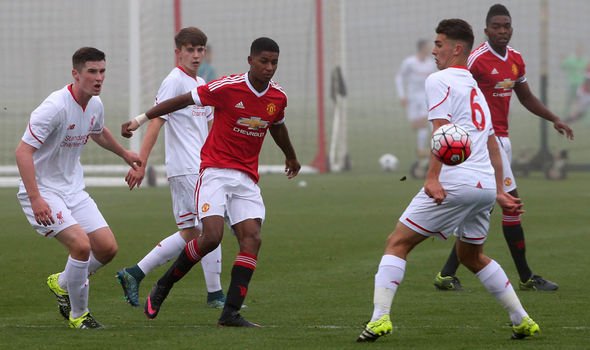 “After going to Old Trafford, that was it, that was the only club I dreamed of playing for.

“I used to just love the whole build-up to game, getting buses and the train and there being loads of fans there.

“It wasn’t just the game for me, it was the build-up and the club being a family. That’s what drew me to United initially.

“Once I got involved with the club, from then on it was a no-brainer: we fit together.

“I’d trained at other clubs before that and it just wasn’t the same feeling. Of course, I enjoyed playing football, but it wasn’t the same as training at United. It was quite an easy decision.”

Ronaldo scored a hat-trick for Real that night and Rashford has revealed he idolised the Brazilian growing up.

“Ronaldo was one of my favourite players growing up,” said the England international.

“He was someone I used to always watch on YouTube and stuff like that. Literally the only reason my brother took me to the game was because he was playing.

“I don’t actually remember watching the game. I just remember the lights and Old Trafford being huge and full of people.

“There was so many goals in the game, it was hectic.”

Leeds to target Middlesbrough defender Daniel Ayala with or without promotion