Varane: Man Utd need to ‘improve in everything’ under ten Hag

Manchester United defender Raphael Varane has warned his team-mates that they have to continue improving in every area, despite their clinical showing against last season’s FA Cup winners Liverpool.

Jurgen Klopp left most of his big-hitters on the bench and rotated his squad after half an hour.

But it was positive signs from United, who are looking to bounce back from their disappointing campaign under Ralf Rangnick.

Varane has been injury prone since moving to Old Trafford from Real Madrid but he is hoping to kick-start his Premier League career under the new boss.

“We know exactly how we want to play. The manager explained very well what we have to do and it’s absolutely clear,” he said. 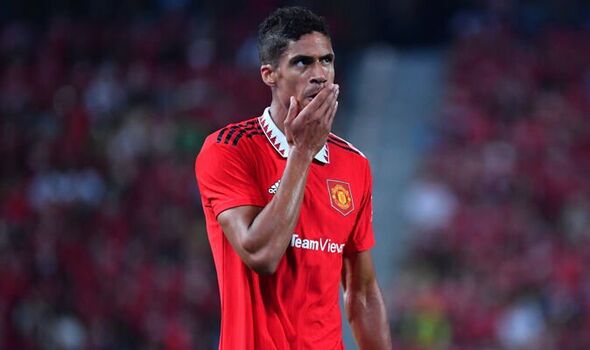 “So we know we have to be very fit because it’s a very physical way to play.

“We are happy with the result obviously but we know we have to work very hard still to be ready for the start of the season.

“I think we know exactly what we have to do – we have to improve in everything.”

Varane only made 20 league starts last season but hope to feature more regularly in the upcoming campaign.

“Personally, it’s an opportunity for me to have a real pre-season, to get fit and to be ready because it’ll be a very long season with a lot of games and high intensity,” he added. 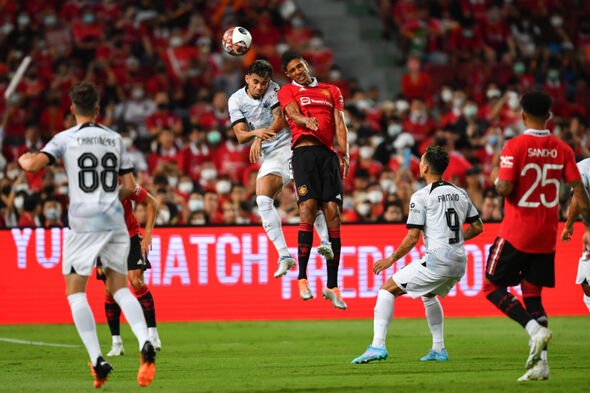 “I will try to be ready and to be fit, and obviously I’m very excited for this season coming and I’m very happy to be with Manchester and in this great club. We will try to win some trophies.”

Meanwhile, Klopp explained how United have changed under Ten Hag.

“I saw a lot of good performances in moments, but no consistency, sometimes we were in a rush, the way United defended in a man-marking system, especially in midfield, we gave the ball away and they finished the moments off, that was obvious,” he said.

“The way United is playing with this man-marking idea you need more flexibility, when Harvey [Elliott] came in the middle we were more dangerous.”

He added: “The result is fair, fair, we have to accept that, but it’s clear we could have scored our goals as well and then it would have been a more spectacular game.

“The goals we gave away, we could have got assists for it, they used the chances, they caused us problems, but I saw a lot of good stuff from my team.

“The game came a bit too early for us, individual mistakes happen in football. It was pretty clear where we made mistakes but we could have scored three or four in the last five minutes and we didn’t, that’s our fault.”