Manchester United goalkeeper Dean Henderson is set to hold talks with Ole Gunnar Solskjaer over his future. A changing of the guard between the sticks could be on the cards at Old Trafford after the 23-year-old stopper enjoyed a brilliant maiden campaign in the Premier League on loan at Sheffield United.

Henderson is determined to become England’s No 1 and wants regular action to fulfil his ambition.

David De Gea currently occupies the gloves but a gaffe-prone season has drawn question marks over his future.

De Gea still has three years remaining on his contract, however, so Henderson faces a battle to take his place.

Henderson wants to know where he stands before the Premier League’s new campaign kicks off. 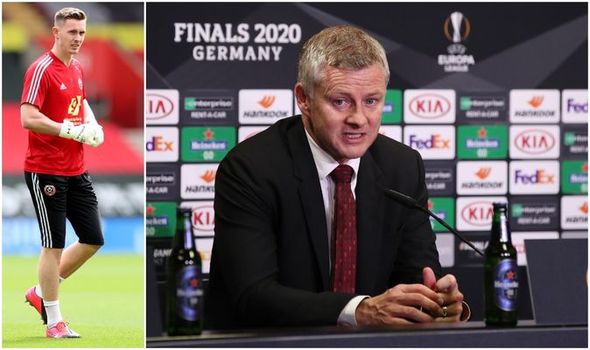 The Sun on Sunday claim the England hopeful will hold talks with Solskjaer once the team returns from Germany upon the conclusion of their Europa League campaign.

Blades boss Chris Wilder is resigned to the fact Henderson will not be returning to Bramall Lane for a third successive year.

Bournemouth’s Aaron Ramsdale is set to return to the club after an £18.5million deal was agreed for his signature.

A permanent exit has also been mooted for Henderson, with Chelsea interested in acquiring his services.

The Red Devils academy graduate previously hinted he would seek an exit if a first-team place does not become a reality.

“I think it’s clear for everyone to know. I want to play for Manchester United and England,” Henderson told TV3.

“It feels like I always hit a brick wall. Maybe I’ll get the opportunity [to play for Man United], maybe I won’t, then I’ll have to look down a different avenue.

“The fans have to remember what he’s [De Gea] done for the last nine years – he’s been phenomenal. 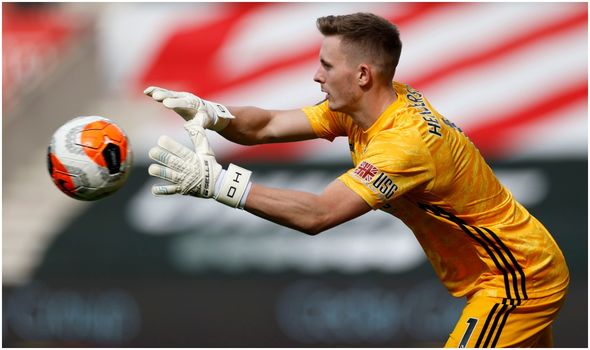 “He’s probably been the best player at United for that time period. He should get another opportunity.

“I’m a young lad. I’m working hard. I’m a fan of the club and I want to play for them. Hopefully I have a career at Man United like David De Gea has.”

United’s players are set for a short break to recharge their batteries after their marathon campaign came to a close due to the 2-1 loss to Sevilla in the Europa League semi-finals.

Attention will turn to the club’s transfer negotiators to sort out a deal for top target Jadon Sancho.