Manchester United defender Aaron Wan-Bissaka has opened up on the belief in the Old Trafford dressing room after the 2-1 win over Aston Villa. United are now level on points with Liverpool at the top of the Premier League.

He said: “It means a lot [to go joint top]. It shows where we’ve come from, the start of the season. Our aim is to take it game by game.

“Yeah of course, you can see it [the belief]. You can see it between all of us and it’s down to us to show it on the pitch. That’s what we’re doing.

“It was a late start for us, we were basically playing catch-up but we’re here now. We’ve got no excuses and we’re just here to put in the work.

“Yeah it shows how much work we’re putting in and how much of a performance that was between us.

“Every team is difficult to play, it’s about how we prepare and you can see how we did out there.” 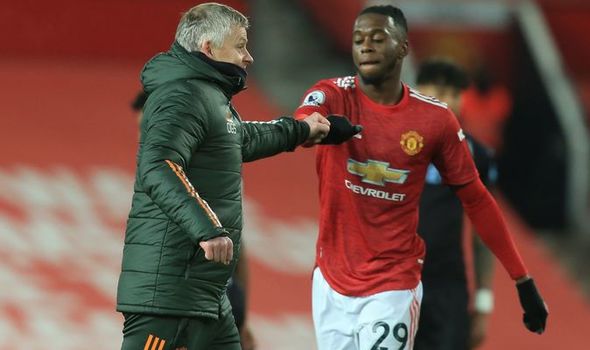