Jadon Sancho flew to England without permission from Borussia Dortmund, as speculation continues to link him with a move to Manchester United. German outlet BILD claims the young Englishman’s trip was discovered after he and multiple other team-mates broke lockdown protocol to get a haircut.

Sancho found himself in hot water on Wednesday as it emerged that he, and other team-mates, had breached German lockdown rules.

The Englishman, as well as Axel Witsel, Thorgan Hazard and Raphael Guerreiro had reportedly hired a hairdresser to visit their homes to give them a post-quarantine haircut.

But photos obtained by BILD suggest that neither the athletes nor the hairdresser wore face protection, which is a violation of German lockdown rules.

However, it later emerged that Sancho is facing further scrutiny from Dortmund officials, as BILD reports he flew to England at the height of the pandemic. 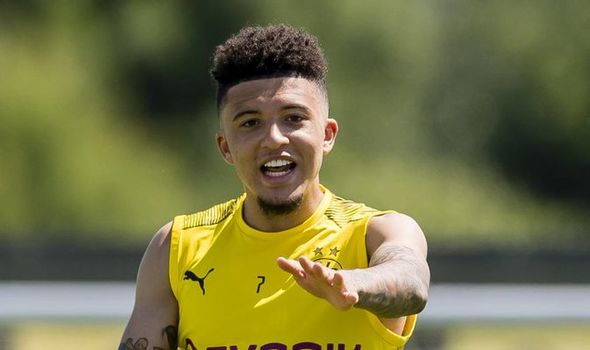 The reason for Sancho’s trip is unknown, though it has been reported that Dortmund didn’t give him permission to make the journey.

It has been speculated that he could have been discussing terms with United ahead of a blockbuster summer transfer.

The 20-year-old is believed to have agreed personal terms with United, with reports suggesting a fee is the only remaining hurdle to the transfer.

He is expected to cost United upwards of £100million, with Ole Gunnar Solskjaer’s side set to beat off competition from Chelsea and Real Madrid.

After Sancho returned to Germany, he was forced to self-isolate for two weeks to avoid the potential spread of the Covid-19 virus, though it hasn’t been suggested that he had the virus.

He has only recently returned to the first-team picture for Lucien Favre’s team, having come back from the mid-season break nursing an injury.

The forward marked his first start back by bagging himself a hat-trick in Dortmund’s 6-1 win over Paderborn on Sunday.

After scoring his first, the youngster removed his shirt to reveal a ‘Justice for George Floyd’ message, in tribute to the 46-year-old who died while in police custody last week. 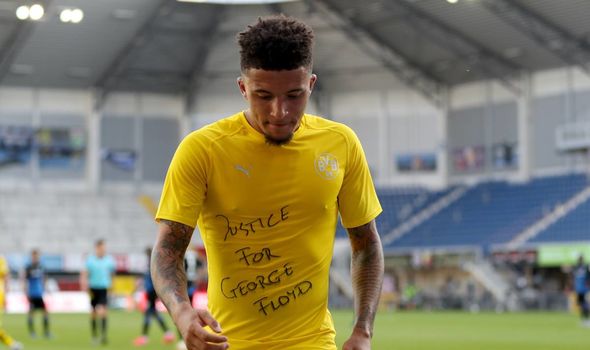 Sancho was booked, but will face no disciplinary action for removing his top.

The German Football Association confirmed players – including Sancho – who had made anti-racism statements would be supported.

DFB President Fritz Keller said: “The association strongly opposes any form of racism, which is why the actions of the players have our respect and understanding.”

Agent Scott McGarvey reveals all about the Sam Allardyce scandal