Manchester United are planning to make room to seal the signing of Joe Rodon from Swansea City for £20million, according to the Daily Mirror.

Wales boss Ryan Giggs has tipped off Ole Gunnnar Solskjaer about Rodon, who has enjoyed a brilliant season in the Championship.

The Red Devils boss is set to follow through by sealing the switch to create further competition at centre-back but he needs to create room.

As a result, Phil Jones, Chris Smalling and Marcos Rojo are all set to be shipped out. 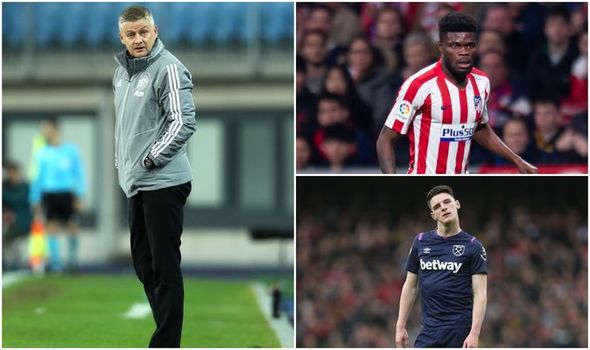 According to The Sun, Atletico Madrid want Alex Oxlade-Chamberlain in exchange for Partey.

The Ghana international is keen on a move to the Premier League but Arsenal cannot afford his £45million release clause.

A move to Anfield is also unlikely because Liverpool are not interested in losing Oxlade-Chamberlain.

Chelsea have formulated a plan in case they lose N’Golo Kante to Real Madrid, according to the Daily Mirror.

The Blues have identified West Ham’s Declan Rice as their dream successor if Kante departs for the Bernabeu.

Roman Abramovich is intending to spend despite the coronavirus crisis’ impact on the transfer market.

Kante is not pushing to leave Chelsea but has leapfrogged Paul Pogba on Real’s wish list.