United reportedly join Chelsea and Manchester City in wanting to sign Rice, although a transfer away from West Ham this summer is unlikely.

The 22-year-old enjoyed a phenomenal campaign as he captained the Hammers to Europa League qualification with a sixth-place Premier League finish.

According to the Manchester Evening News, Rice asked United captain Harry Maguire and team-mate Luke Shaw about the club on England duty in March.

After the 2020/21 season, the need for Solskjaer to add quality in defensive midfield is clear.

However, club great Nicky Butt thinks he already has a similar player at his disposal. 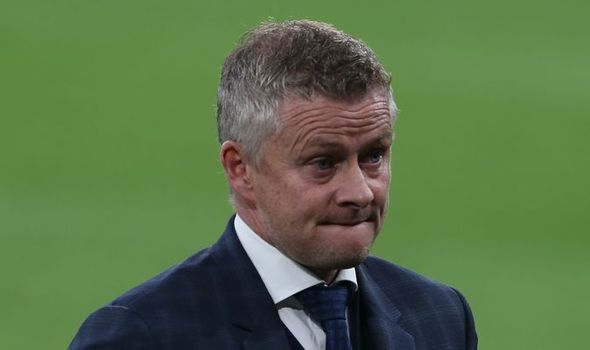 He then made a bold statement, questioning whether Rice is actually better than fellow Academy graduate Scott McTominay.

“I keep hearing things about Declan Rice, but is he a better player than Scott McTominay?

“I’m not sure; I think with McTominay, Paul Pogba, and obviously Bruno Fernandes, we’re in a good place in the middle of the park.”

Butt then suggested United should instead prioritise a new centre-back this summer.

Solskjaer reportedly wants a partner for Harry Maguire, and Butt has pinpointed Real Madrid’s Raphael Varane as a worthy candidate.

He said: “The biggest thing that needs addressing for me at Manchester United this summer is that centre-back position; we need a partner for Harry Maguire.

“Everyone talks about Raphael Varane. I understand he’s a little bit older than most people would perhaps like, but you just have to go back to the days of Teddy Sheringham.

“I think we bought him when he was 32, and we went and won the treble with him. If Varane is available, then I’d go all out for him.” 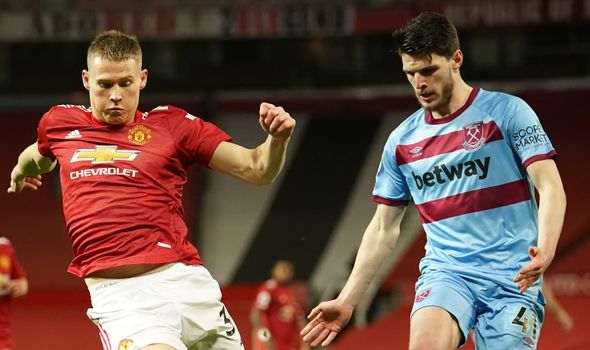 The Red Devils have now gone four years without silverware; a run Solskjaer will be desperate to end under his tenure.

“For me, next season has to be about getting some silverware back in that trophy cabinet,” Butt opined.

“It’s about getting the right players who will allow you to challenge for trophies. It’s a winning club, so we can’t go this long without silverware.”