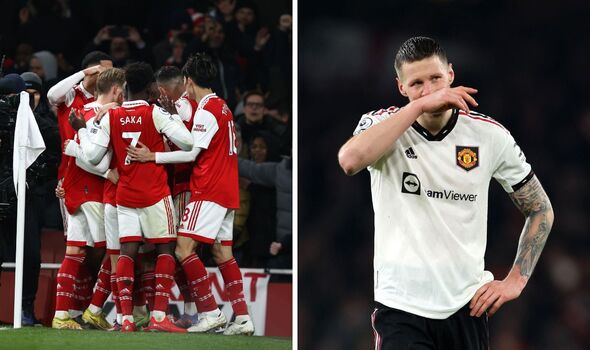 Manchester United have already welcomed two new signings to their ranks so far this month, and their work in the transfer window is far from over. Erik ten Hag is keen to strengthen his squad further ahead of the second half of the season, as well as plotting moves for when the summer window arrives.

The Red Devils face Arsenal today at the Emirates Stadium in what will be one of their trickiest encounters of the campaign, with a victory for either side expected to play a significant role in the title race.

New arrival Wout Weghorst struggled on his debut against Crystal Palace earlier this week so it remains to be seen whether he did enough to retain his spot in the starting eleven. The Dutchman joined United on loan from Burnley to fill the hole left by Cristiano Ronaldo earlier this season, with the forward terminating his loan at Besiktas in order to return to the Premier League.

Jack Butland was also signed from Palace after Newcastle recalled on-loan goalkeeper Martin Dubravka. Ten Hag will be hoping that the aforementioned duo are not his only two signings this month, though today’s match will be a strong indicator of how much quality his squad could lack.

Express Sport bring you all the latest news from Old Trafford…

Erik ten Hag is keen to add a creative midfielder to his ranks this month, and it is reported that RB Leipzig would be willing to negotiate a deal with United to sell Dani Olmo.

The Spaniard has been linked with a move to The Theatre of Dreams this month after revealing in an interview that he is not ‘tied down’.

Speaking about the prospect of Olmo heading to the Premier League, BILD journalist Christian Falk told Give Me Sport: “United would also be a great target for him. So the question again is, is he signing at Leipzig, then they can keep him?

“If not, they will have to discuss to sell him and I think United will be at the table for this poker.”

De Gea hits out at critics

Manchester United goalkeeper David De Gea has hit back at suggestions that he needs to prove himself as contract talks continue at Old Trafford.

The Spaniard’s current deal expires at the end of the season, with the Red Devils holding a one-year option to extend by a further year. However, Ten Hag is reluctant to activate that clause due to his desire to negotiate a pay cut with the goalkeeper.

De Gea has made several mistakes this season, though refused to be questioned on his form. He said: “I don’t have to show anything, I have shown already for many years my qualities. I know people love to talk, but I’m used to that.

“I’m just performing as well as I can, helping the team and trying my best all the time. Experience makes it easier to block out the noise. I live a lot of things, I get through many, many difficult moments.

“I don’t care to be honest, I just focus on my games, on my training and on my team. I’m feeling great, I’m feeling really well. I’m helping the team, training well, feeling confident. Like the whole team, we’re playing well.”