Manchester United may have signed Donny van de Beek from Ajax but, despite that, are still eyeing more reinforcements. Ole Gunnar Solskjaer’s side are keen to strengthen their squad ahead of the October 5 transfer deadline. So Express Sport will now bring you all the latest news and gossip about the Red Devils.

Joao Felix has emerged as a surprise Jadon Sancho alternative for Manchester United.

The Red Devils have spent the majority of the transfer window hunting a deal for Sancho, who scored 17 goals and registered 17 assists for the Bundesliga giants in the league last term.

But the Daily Star say United could move for Felix instead.

The Portugal international set Atletico Madrid back a huge £113million when they lured him to the club from Benfica 12 months ago.

But United, it seems, are willing to turn to the youngster if they fail to bring Sancho to Old Trafford. 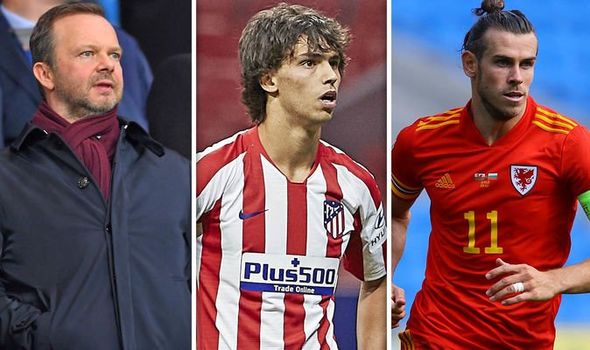 That’s according to French newspaper L’Equipe, who say the defender is also wanted by Bayer Leverkusen.

United have already missed out on one centre-back target in Gabriel Magalhaes, who impressed for Arsenal in their 3-0 Premier League win over Fulham on Saturday.

But, while they admire Badiashile, Monaco want more money.

The Ligue 1 giants will only let him go if they receive an offer close to £28m. The two clubs have negotiated deals for Radamel Falcao and Anthony Martial in recent years. 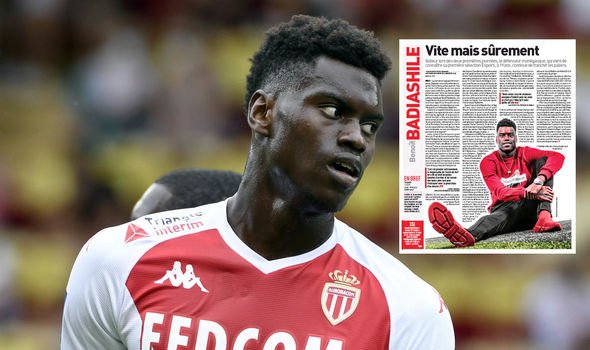 “I can see Gareth Bale at Manchester United,” he told Goal, though he went on to admit signing the winger would be a risk given his injury record.

“That would feel like the kind of club where he would fit in and instantly add something to their team and maybe put them back in the mix to win trophies.

“There are not many clubs in the world who could afford his wages, but Manchester United might be one of them and he would have an instant impact if he went there.

“I’m not sure where they are in their efforts to sign Jadon Sancho, but Bale would be an option for them and if he is available on a loan deal, he would be a great signing for any club.”

Former Tottenham boss Tim Sherwood has backed United to sign Jack Grealish – and feels Bale would be worth a punt, too.

“I would go for Jack Grealish. I think Jack can open the door and he is another [Bruno] Fernandes. He gives them a different quality which I think they need,” he said.

“I would also go and get Gareth Bale on a free transfer.

“Bale needs to come back to the Premier League and start playing football. I think he has got a lot to offer.

“If he goes to a huge club like Manchester United he will flourish for a couple of season.”