Chelsea manager Frank Lampard appears to be fully aware of where the problems lie in his team. Sure, the Blues have set the market alight by splashing the cash on Hakim Ziyech and Timo Werner, with Kai Havertz set to follow, but strengthening the defence has become an urgent priority.

Chelsea conceded the most goals in the Premier League top 10, despite a fourth-place finish to book a spot in next season’s Champions League.

A new goalkeeper is on the agenda after Kepa Arrizabalaga endured a nightmare campaign between the sticks that saw Willy Caballero preferred for the final game of the season and FA Cup final.

Lampard also fancies a couple of central defenders amid a host of names being linked with a move to Stamford Bridge. West Ham ace Declan Rice is the top target but Brighton’s Lewis Dunk is emerging as a serious option while Manchester City outcast John Stones could make the move.

A new left-back has long been a target after the Chelsea boss was left less than impressed by Marcos Alonso and Emerson Palmieri. 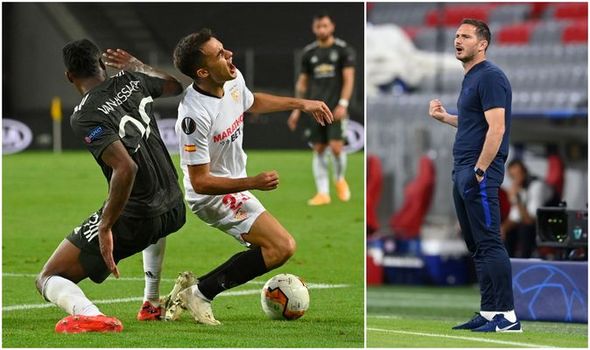 Leicester City’s Ben Chilwell is the man that Lampard is most eager to recruit but he will be costly.

The Foxes are under no pressure to sell and will demand up to £80million for his signature – the same fee that took Harry Maguire to Manchester United last summer.

Maguire will have hoped to pick up silverware in his maiden campaign at Old Trafford but last night’s Europa League exit to Sevilla ensured a frustrating end to the season.

The Spanish outfit were impressive as Luuk De Jong’s late goal booked their place in the final – but it was one of his team-mate’s that stood out like a sore thumb, which should have alerted those watching from Chelsea.

Sergio Reguilon has reportedly been the subject of advanced talks from the Blues, who are considering alternatives to Chilwell in case a deal cannot be agreed with Leicester.

Real Madrid are eager to cash in on Reguilon, despite the 23-year-old enjoying a brilliant campaign on loan with Sevilla. A fee worth around £20m has been mooted, which would make him a significantly cheaper option than Chilwell.

Reguilon was a constant menace for United from left-back, causing problem after problem for the usually reliable Aaron Wan-Bissaka, creating his team’s equaliser to cancel out Bruno Fernandes’ penalty.

Ideally, Lampard would like a left-back capable of contributing to attacks so the Spaniard ticks the box in that regard. 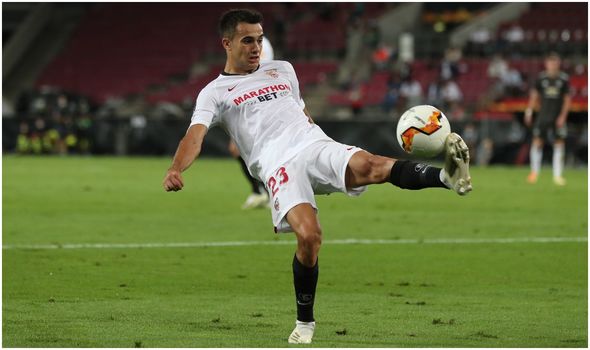 While Reguilon’s defending was far from exemplary, he rarely allowed Mason Greenwood to get the better of him down his side, while he dug in as United created plenty of opportunities in the second half.

Chelsea transfer fixer Marina Granovskaia will need to sell players if the club are to fund their ambitious summer programme, but it is difficult to imagine similar fees being spent on Chilwell and Havertz, which would take their spending rocketing past the £200m barrier.

A move for Reguilon could solve two issues in the process – Lampard would get a left-back capable of solving their problems in that position while Chelsea would save millions to spend on other signings.

Troy Deeney on why social media does nothing about racist abuse