Manchester United boss Ole Gunnar Solskjaer has decided he’s open to signing Aaron Ramsey after being offered the Juventus star in return for Paul Pogba, it has been claimed. The Wales international has struggled in Serie A after joining from Arsenal last summer, only scoring three times in the league.

Manchester United could lose Pogba when the transfer window reopens at the end of the season, with Juventus showing interest.

The Serie A giants are hoping to re-sign the 27-year-old this summer by using players as part of a swap deal, with the likes of Miralem Panic and Paulo Dybala previously been linked.

And Duncan Castles has claimed that United have now been offered Ramsey, who has toiled since his summer move to Italy.

Solskjaer, the journalist claims, is keen on the midfielder as well.

“This time they have offered Wales international Aaron Ramsey as a potential makeway as part of any player plus cash deal,” Castles said on Reach Plc’s Transfer Window Podcast.

“It’s also my understanding that Ole Gunnar Solskjaer is keen on Ramsey, likes him very much, a player in his prime.” 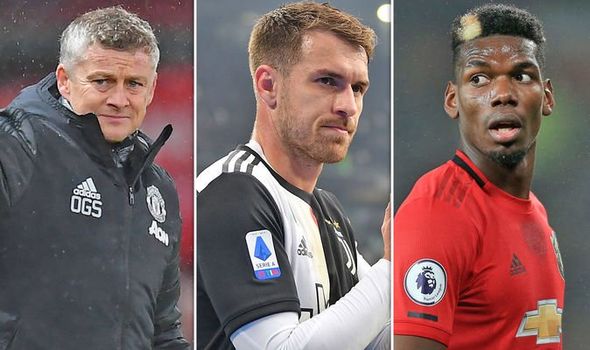 United came close to signing Ramsey when he was at Cardiff, back when Sir Alex Ferguson was in charge.

But they ended up missing out, with the 29-year-old choosing to join Arsenal instead.

Ramsey spent 11 years in north London and established himself as one of the most-important players at the club during Arsene Wenger’s spell as boss.

And Ramsey also helped them reach the EFL Cup and Europa League finals in 2018 and 2019 respectively.

United could now be the midfielder’s next destination, with Solskjaer open to taking him on board. 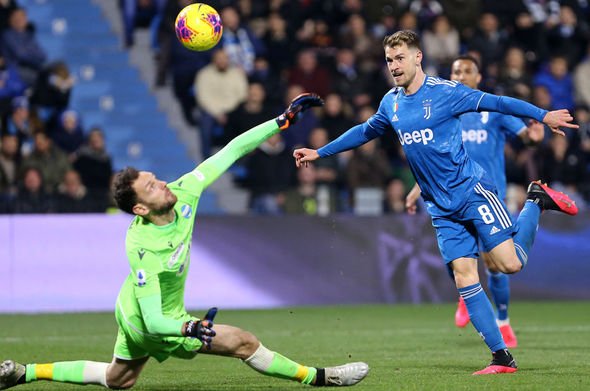 But, speaking in January, Ramsey insisted he had no regrets about turning his back on Arsenal for a new challenge in Serie A.

“I had some tough decisions to make but I felt that Arsene and Arsenal made a big effort to get me to join them,” he said.

“They took me and my family to Switzerland where he was covering the Euros at the time. I met him there and his plan and his vision of developing me into the player he saw was quite exciting to take up.

“There are no regrets from my side. He has a track record of bringing through young players and turning them into great players.

“That was what was important for me, that I went straight into the first-team environment and was given an opportunity early on to show what I could do, even at that age.

“I had opportunities when I went there. I played and trained every day with the first team, so for me, it was the right decision.”

He then added: “The situation happened at Arsenal then Juventus came in and wanted to sign me.

“Again, I felt really wanted by them and they made a lot of effort to try and sign me.

“I am really excited to have this opportunity to play for this great club. Hopefully, I can contribute to help win many titles here.

“In the Premier League there’s a lot more space and the game is a bit more open. The intensity is a bit higher in the chasing back and forth.

“I’ve been very impressed by the standard and the league and the technical quality. I’m looking forward to hopefully having a successful season.”