A new broom sweeps clean but it is not yet clear whether that will be the case for Manchester United’s caretaker manager, if that is indeed what we’re calling him.

It is easy to mock this unorthodox approach to appointing a manager or three, not least because it reveals how United did not have a back-up ready in case they needed to part with Solskjaer four months after awarding him a new three-year contract. But these are the circumstances the club finds itself in and, considering how it all came to this, their strategy makes a good deal of sense.

United have been accused of writing off the season with 28 league games remaining, but the maximum that was still possible under Solskjaer – a top-four finish, a decent Champions League run – will still be possible under the right interim manager, while the Solskjaer experience demonstrated the perils of rushing into a permanent appointment too quickly.

The long and at one point seemingly interminable death march of Solskjaer’s final month-and-a-half as United manager was contrasted by the speed with which the axe eventually fell on Saturday evening, with his the particulars of his departure settled within a few hours of the final whistle at Vicarage Road.

Yet that, combined with the hope against hope among United officials that Solskjaer would be able to limp on until the end of the season, meant that there was no ready-made replacement to lead the team forward with an important Champions League trip to Villarreal in 72 hours’ time. 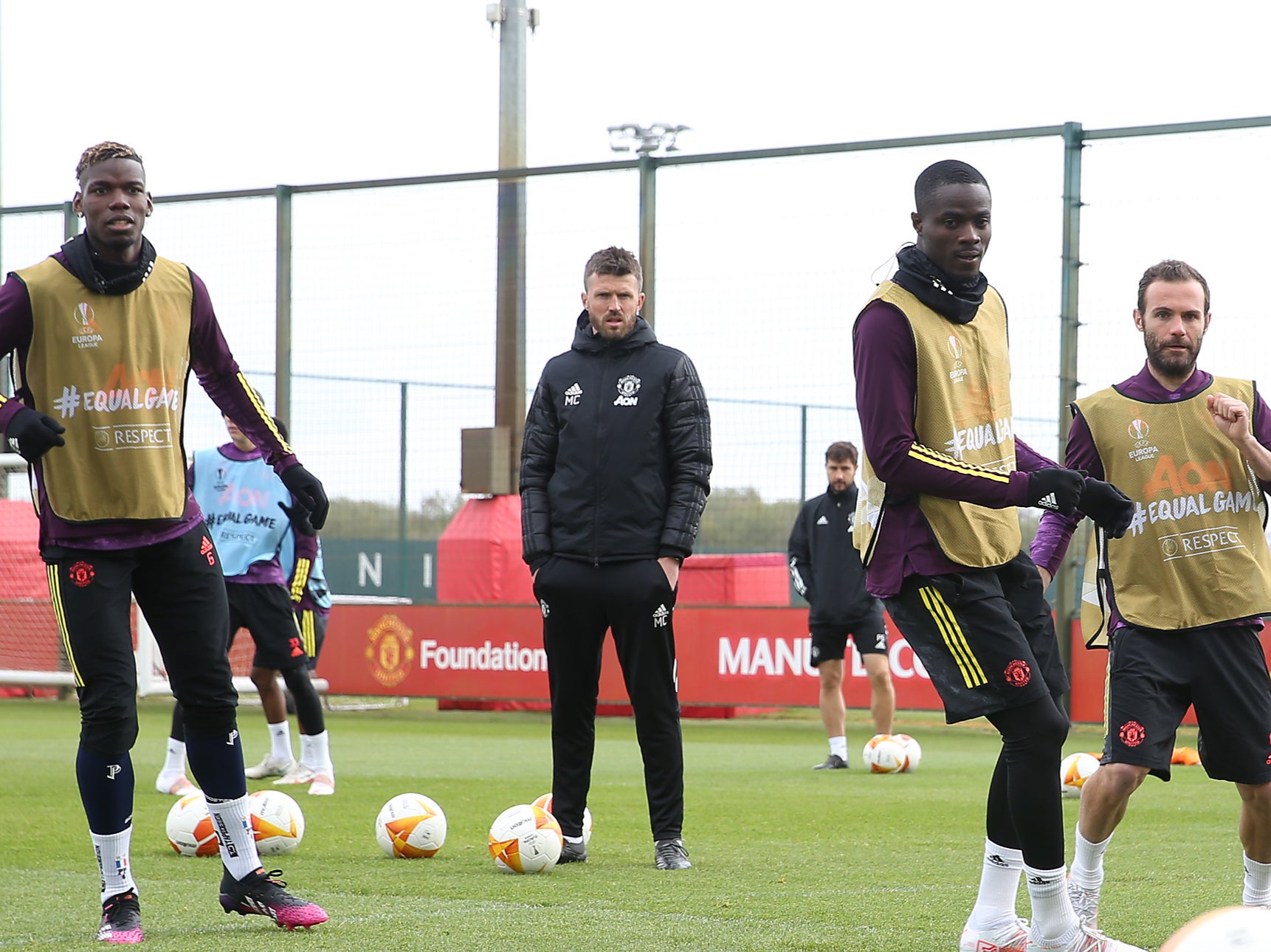 Through no fault of his own Carrick therefore occupies an awkward position, representing both a fresh start and the continuity candidate, but he is ready to step up nevertheless. “I’m prepared to do that for however long it takes,” he said at his first press conference as caretaker on Monday. “Whether it’s one game or two games, whether it’s a little stretch longer than that – right now I’m not too sure.”

Ideally, it won’t be too long. For if there is any concern with this part of the Solskjaer succession plan, it is that it may not bring the much-needed change quickly enough. Complaints about the tactical set-up in matches and coaching methods at Carrington grew during the Norwegian’s final months in charge, yet Solskjaer is the only member of staff to have departed. Carrick will be assisted by Mike Phelan, who signed a new contract just last month, and Kieran McKenna.

That is said to have come as a surprise to some at United, even if the rationale is sound given the circumstances. Having some sort of structure in place ready for Villarreal and beyond was crucial considering that no interim is immediately available, while giving Solskjaer’s successor the opportunity to keep his staff on if desired is also sensible.

It will nevertheless be interesting to see just how much continuity there is between the last days of Solskjaer and the Carrick interregnum. United’s caretaker was keeping his cards close to his chest before flying out to Spain but hinted that, for the most part, he and Solskjaer were on the same page during their time together in the Old Trafford dugout.

“Obviously I’ve worked closely with Ole for a long time now and we do have very similar beliefs,” he said. “We did as players and we certainly do as coaches and manager, so yes of course I’ve got my own personality to Ole, but of course it’s very similar – that’s why we worked together for so long and it went so well for a period of time, so we’ll have to wait and see.

“I’m very clear in my own mind what we want to do, how we want to play, how we want to go about it and I’m looking forward to seeing that on the pitch,” he added. Yet even if Carrick was planning something of a clean sweep, he would not have had the time to carry it out it before Villarreal. 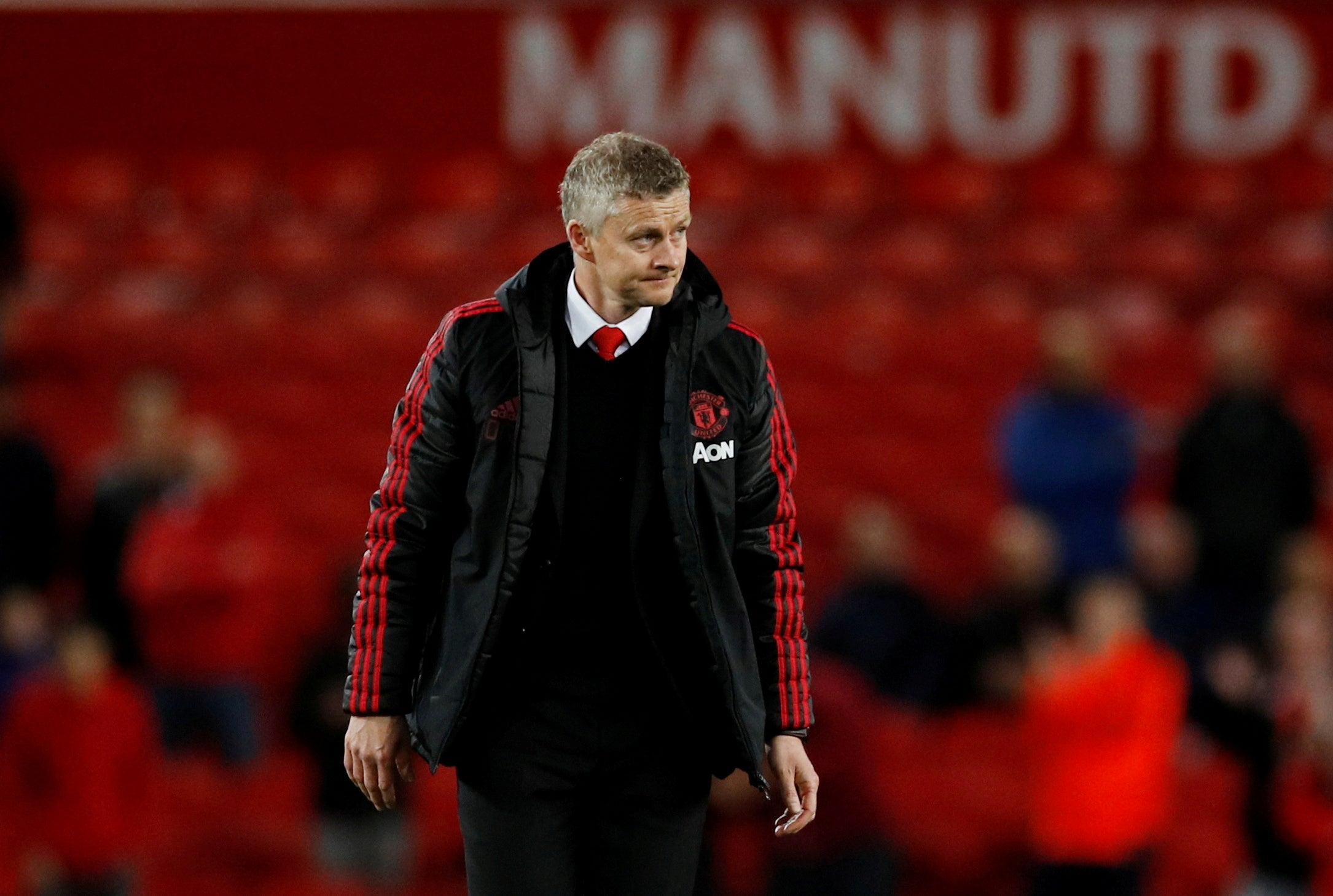 The former United midfielder said that he learned of Solskjaer’s departure on Sunday morning, not long before the 10.30am announcement, after which he was summoned to meet executive vice-chairman Ed Woodward. “It was a bit of a rush then to organise training and speak to the players and obviously carry out the day’s work,” he admitted. “But it went really well, all things considered. Everyone reacted, adapted and dealt with it in a really placid manner.”

The circumstances of how Solskjaer got the job made it inevitable that Carrick would be asked whether he too could go from caretaker to full-time manager. Like Solskjaer, he played them with a straight bat. “It’s literally been a day, just over 24 hours since everything unfolded, and the game is not much further away in terms of time, so that is all I’ve been thinking about: the game tomorrow night. Not about today, yesterday. I’ve not looked past that.”

But if Solskjaer was deemed ill-qualified for a club of United’s stature, Carrick is even more of a babe in coaching terms and would be the first to admit he has much to learn. United are not likely to be drawn in by another caretaker’s sudden run of form after what happened last time, either. Ultimately, if things are to change quickly at Old Trafford, it will be through external rather than internal appointments.

With regards to the interim role, suggestions of any contact between United and one of the leading candidates Laurent Blanc were played down yesterday though not ruled out in the near future. Steve Bruce, another former United player, is also thought to be interested and Ralf Rangnick’s name continues to be talked up, though may carry wider consequences for the club’s football structure.

In the search for a permanent successor, Erik ten Hag’s work at Ajax is admired at Old Trafford though the likelihood of a move before the end of the season is still considered remote. That may not be the case for Mauricio Pochettino, however. As reported by The Independent, the former Tottenham manager could be extracted out of Paris Saint-Germain mid-season due to the limited scope of his role at the Parc des Princes.

That fact alone could radically alter United’s sensible if convoluted succession plan, though it would require Old Trafford’s hierarchy to act more decisively than during their previous attempts to gauge Pochettino’s interest. As has practically always been the case ever since Ferguson’s retirement, changes are needed in order for United to be successful again, and that is not merely limited to matters on the pitch or in the dugout.