The past few days have thrown every aspect of the modern-day Manchester United under the spotlight.

Sunday’s unprecedented events not only resulted in the first Premier League game to ever be postponed due to the actions of supporters but the most effective example of fan-led direct action in recent memory. Many at Old Trafford, but particularly those blocking the bus at the Lowry Hotel, turned out with the intention of stopping the game from being played. They were successful.

Instances of vandalism and violent clashes with police have been widely condemned. United have vowed to cooperate with Greater Manchester Police to identify those involved in criminal activity, yet it is understood those who merely invaded the Old Trafford pitch will avoid punishment.

That, perhaps, is a concession to the wider public sympathy for the fans and the belief – expressed by Gary Neville, Jamie Carragher and Roy Keane on Sky Sports between live images of supporters streaming into Old – that their grievances are legitimate and their voices must be heard.

Even Boris Johnson stressed that he understood “people’s strength of feeling” when asked about Sunday’s events during electoral campaigning in Hartlepool, taking a notably more careful and lenient tone than in responses to other recent questions of public order like the Kill the Bill protests in Bristol.

The rescheduling of the Liverpool fixture means United now face two home games in the space of two days next week. The club will be determined to avoid any repeat, but more demonstrations are expected before the end of the season. The boycotting of club sponsors has already begun, with new shirt sponsors TeamViewer among the targets.

Veteran supporters – or, to use the modern parlance, ‘legacy fans’ – who were present on Sunday have spoken about how the hardcore elements of the support base have shaken off a certain lethargy. Anti-Glazer sentiment has tended to ebb and flow over the 16 years since the leveraged buy-out. We may be yet to reach the crest of this particular wave.

Amid all this is the small distraction of a semi-final second leg at Rome’s Stadio Olimpico and the chance to reach the Europa League final.

Ole Gunnar Solskjaer would clearly have preferred to focus solely on matters regarding Thursday’s game in his pre-match press conference, and thanked those who steered the subject away from Sunday’s events, but he still answered honestly when asked about the protests and the opposition to the Glazer family’s ownership. 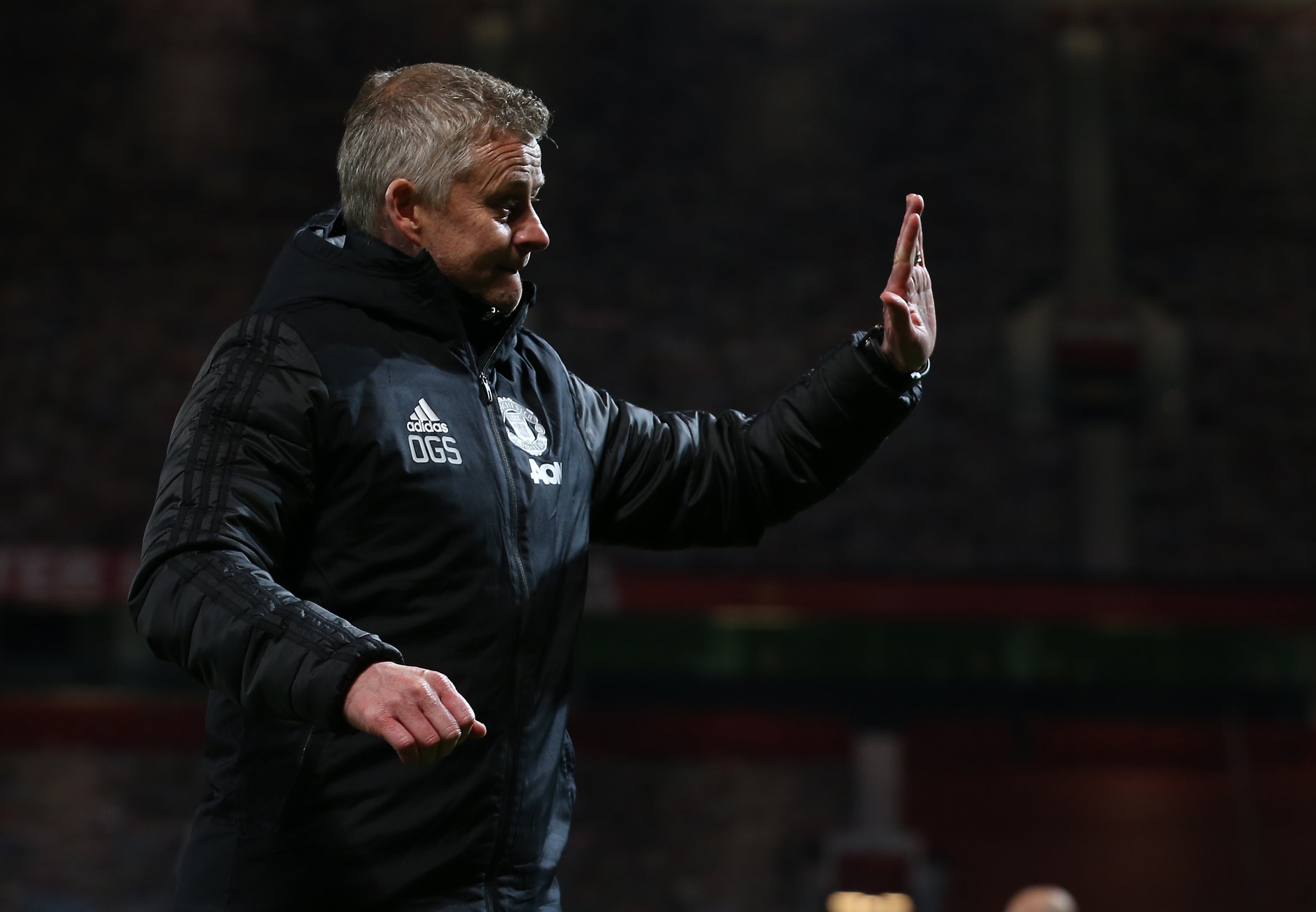 “It was a difficult day for us,” he admitted. “As I said before the game, we have to listen. We have to hear the fans’ voice. It’s everyone’s right to protest but it has to be in a civilised and peaceful manner.”

Solskjaer conceded that United, and in other words the ownership, must look to improve the way that they communicate with supporters following the Super League fiasco and revealed that he had received a personal apology from the Glazers after that project’s spectacular collapse.

At the same time, the United manager condemned those fans who “stepped out of line” on Sunday and once again insisted he has always been supported by the Old Trafford hierarchy. “I’ve had backing,” he insisted. “I’ve been put in charge and I am responsible for results and football matters, and I understand fans want to see results and trophies.

This is awkward ground for Solskjaer. He remains listed as a patron of the Manchester United Supporters’ Trust, one of the main coordinators of Sunday’s demonstration, and he voiced his opposition to the Glazers’ leveraged buy-out back in 2005 while still a first-team squad member.

Now the manager and the club’s public face, it is slightly surprising that he is welcoming any sort of dissent at all. He has certainly taken a more diplomatic approach than that of his greatest influence, Sir Alex Ferguson, who dismissed the United supporters that switched allegiances to FC United of Manchester as “traitors” and the club itself as “publicity seekers”.

Solskjaer would like the focus to return to football and the prospect of reaching a European final. “I know our fans want a team that is likeable, that is playing attacking football, scoring goals, winning trophies, be humble, work hard towards getting better results, so they can identify with them. 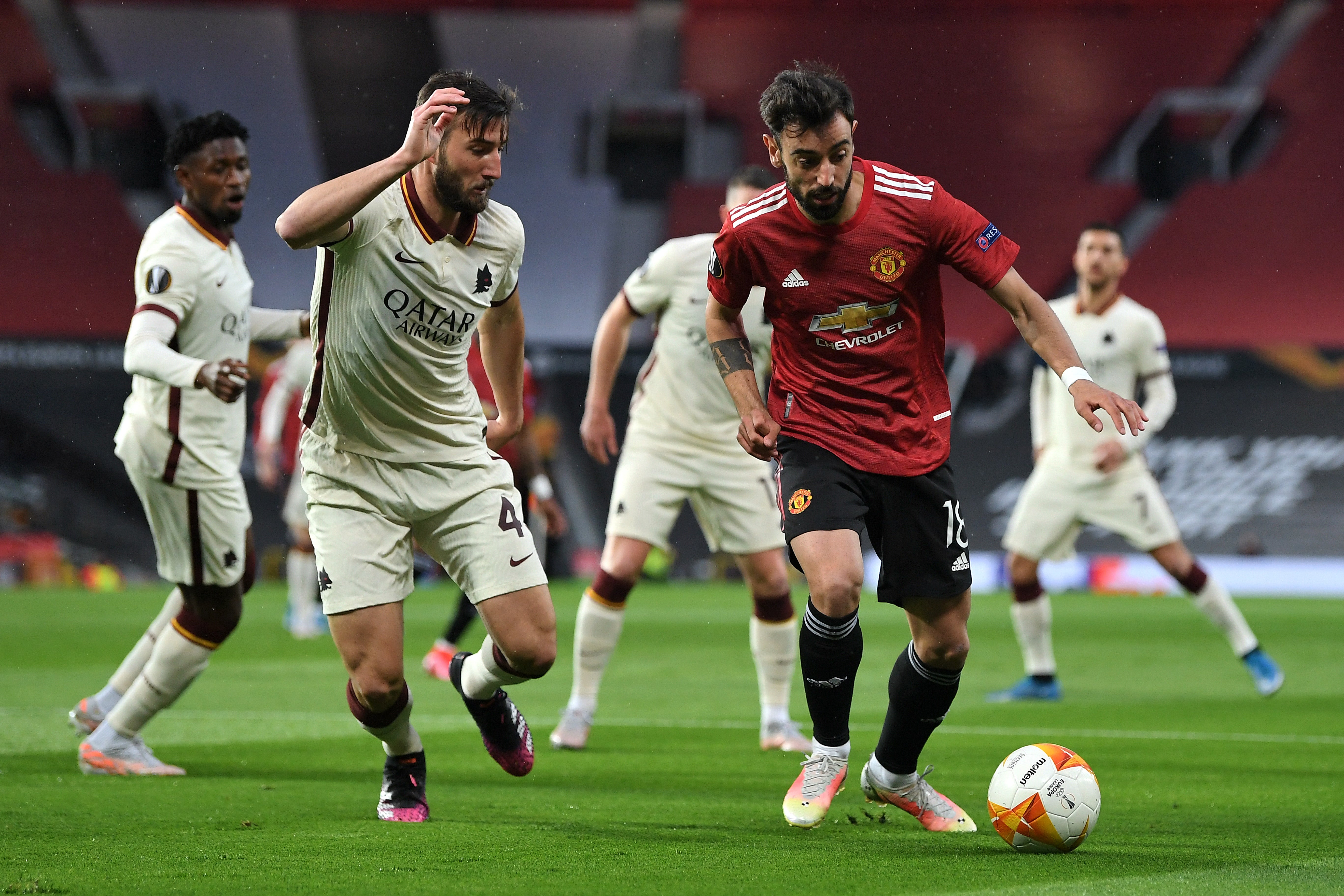 “We want to be a Man United team and I know that, for our fans, results are important. My job, my responsibility is the results. We want to get back to winning trophies, we haven’t won for a while and that’s something we’re working on.”

A trophy may be just around the corner. With a 6-2 aggregate lead over Roma, a place in the Gdansk final already looks secure.

Yet as many have pointed out this week, the questions that more and more United supporters are asking are not solely answered by trophies or success on the pitch, and that’s without becoming involved in a debate over whether reaching a Europa League final counts as genuine success for a club of this size.

The green and gold movement of 11 years ago began when United were genuinely challenging at the top of the Premier League table, only a year after they had competed in a Champions League final. The following year, they would equal Liverpool’s record 19 league titles and play in another Champions League final.

Many among the hardcore support in fact swapped elite-level football for a non-league fan-owned club that could be run solely in the interests of its members and community. Among those who remained, an undercurrent of opposition to Glazers has persisted.

Even if United progress in Rome, win in Gdansk and have silverware to show for a year of genuine improvement under Solskjaer, these protests will define the final weeks of an extraordinary season.