Manchester United have made enquiries about Southampton striker Danny Ings as they plan to improve their attacking options next season. The former Liverpool man has just a year remaining on his contract with the Saints.

Man Utd boss Ole Gunnar Solskjaer has refused to rule out adding another striker to his squad this summer, despite the club exercising a one-year contract extension for Edinson Cavani.

The Uruguayan continued his impressive campaign with a stunning long-range lob during United’s 1-1 draw with Fulham on Tuesday. It was Cavani’s 16th goal of the season.

But Cavani’s good form and new deal has not persuaded Solskjaer that he does not need to sign a new forward when the transfer window reopens.

The Norwegian has limited options in the centre-forward role behind Cavani. Anthony Martial and Marcus Rashford both appear to prefer playing on the left, while Mason Greenwood’s best performances have come on the right of the attack. 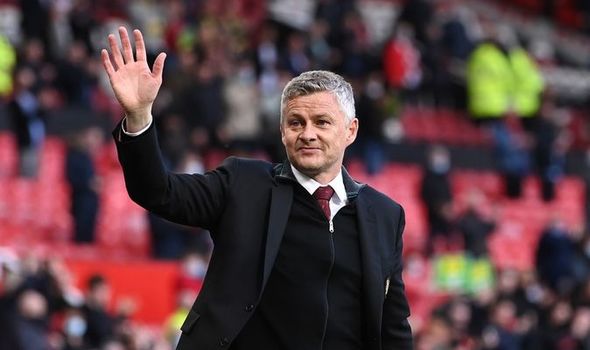 United are allegedly interested in signing England captain Harry Kane. The 27-year-old has asked to leave Tottenham and believes he has a gentleman’s agreement to depart having had advances from Manchester City blocked last summer.

The Red Devils are one of just a few clubs worldwide who could afford the fee, likely to be upwards of £150million, and Kane’s £200,000 per week wage.

Man City, Chelsea and PSG are other likely destinations.

Should they fail to sign Kane, United will turn their attention to fellow England international Ings, according to the Telegraph.

The Premier League runners-up have made an enquiry, the report claims.

Entering the final 12 months of his deal at Southampton would make him a far cheaper alternative to Kane, while providing an added goal threat. 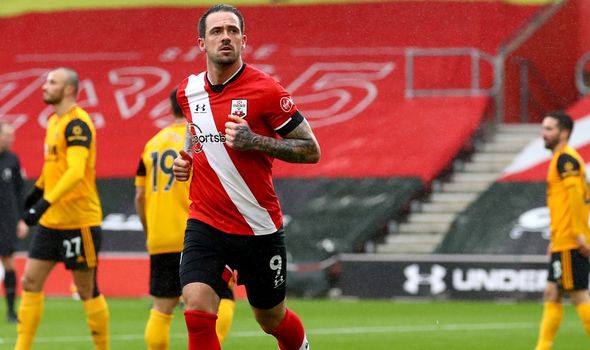 Ings has scored 14 times in all competitions for Ralph Hassenhutl’s side this term. He also struck his first goal for the Three Lions with an acrobatic volley against Wales at Wembley in October.

Southampton signed Ings from Liverpool initially on loan in 2018 before making the deal permanent a year later. The 28-year-old’s Anfield career was ruined by a series of long-term injuries, limiting him to just 25 appearances and four goals.

A resurgence at boyhood club Southampton has seen him score 46 times in 99 games.

Asked if he could rule out United signing a striker this summer, Solskjaer said: “No, of course I can’t. Yeah, Edi (Cavani) signed but how many good strikers have we had at this club? And I can’t say we’re not signing a striker, of course not because we’re building towards a better squad.

“We [have been in the] top three two years on the bounce but we’re still nowhere near where we want to be. Hopefully we’ll end up with a stronger squad at the start of next season and be more consistent and challenge the ones in front of us.”
Source: Read Full Article

Barcelona 'promised Neymar they will buy him in 2020'