Follow all the action as Manchester United host Granada in the second leg of their Europa League quarter-final tie.

United boast a commanding 2-0 lead from the first leg, with Marcus Rashford opening the scoring before a last-gasp Bruno Fernandes penalty put Ole Gunnar Solskjaer’s side in pole position to reach the semi-finals. If United take advantage of their commanding position, they will face either Ajax or Roma in the last four.

United come into the fixture in fine spirits after a 3-1 victory over Tottenham Hotspur and Jose Mourinho on Sunday, with Fred, Edinson Cavani and Mason Greenwood all getting on the scoresheet. With just seven games remaining in the top flight, Solskjaer’s side are all but assured of Champions League football next season, however, the Norwegian is desperate to win his first piece of silverware as head coach. He will have to contend with plenty of absentees tonight, though, with Harry Maguire, Luke Shaw and Scott McTominay suspended, while Marcus Rashford is expected to sit out due to injury. Follow all the action live below: 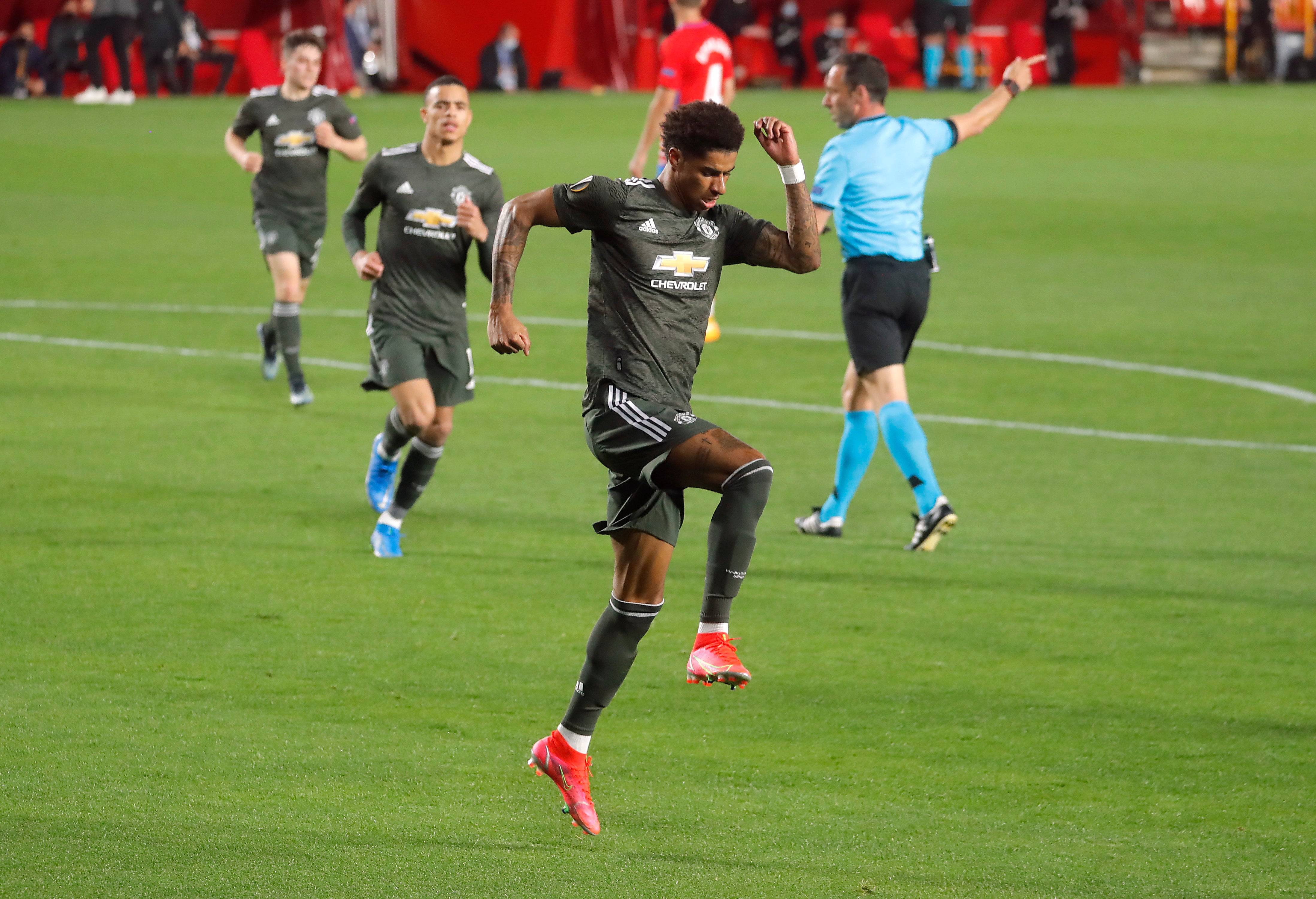 Granada 0-2 Manchester United: Marcus Rashford latched on to a long-ball before producing a composed finish and Bruno Fernandes added a late penalty

Welcome to The Independent’s live coverage as Manchester United host Granada in the second leg of their Europa League quarter-final tie, with Ole Gunnar Solskjaer’s side boasting a commanding 2-0 aggregate lead.