Late Colchester substitute Luke Norris made an instant impact with an 85th-minute equaliser to earn a 1-1 draw at Mansfield.

He had only been on the field for five minutes when he beat onrushing goalkeeper Marek Stech to a loose ball and lobbed him to grab a late point for the away side.

Mansfield had seemed on course for victory thanks to a spectacular Nicky Maynard goal but new boss Nigel Clough had to be content with a point in his first home game. 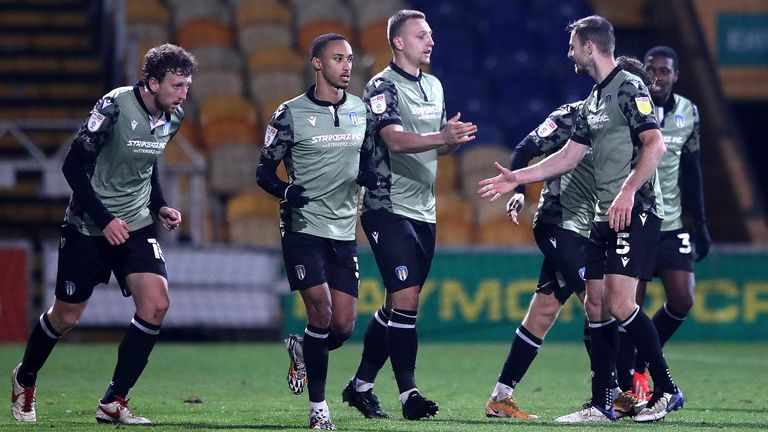 The visitors wasted the best chance of the first half after 31 minutes. Harry Pell lofted the ball forward and Noah Chilvers sneaked through the home defence to receive it unmarked six yards from goal, only to nod tamely straight at Stech.

Mansfield took the lead when Nicky Maynard finally broke the deadlock in the 67th minute. After being teed up by Harry Charsley, he let fly with a rocket shot from 20 yards that flew past Gerken and in off the underside of the bar.