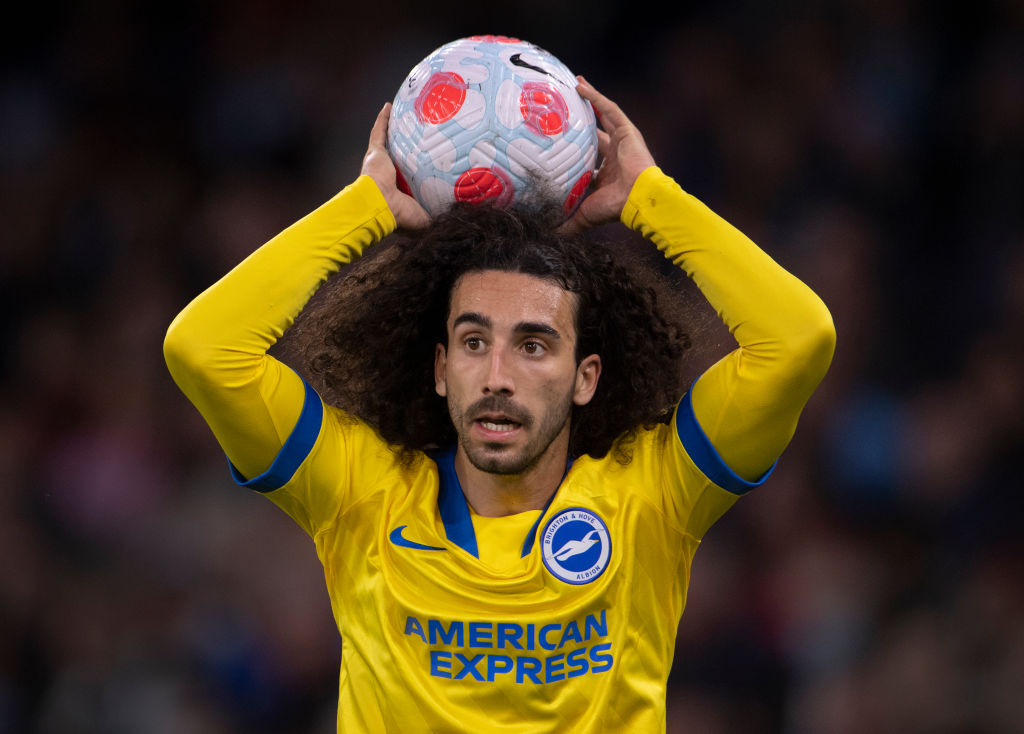 Chelsea have finally agreed a fee with Brighton for defender Marc Cucurella, though the Blues have had to commit to a transfer package that could reach £63million.

The west London club thought they had struck a deal earlier in the week for a fee of around £52m, but Brighton released a statement denying the reports – and have now driven a very hard bargain.

According to The Athletic, Chelsea will pay a guaranteed up-front sum of £56m, in addition to a further £7m in various add-ons and clauses.

The two clubs had also been in talks over a deal for highly-rated young defender Levi Colwill, with Brighton having been keen to secure a permanent transfer for around £20m.

But the 19-year-old will instead join the south-coast club on loan – with no fee involved – with Chelsea’s insistence on a buy-back clause creating an impasse in talks over a permanent deal.

Meanwhile, according to transfer expert Fabrizio Romano, Cucurella’s move to Chelsea is so advanced that he is already in London and has successfully completed a medical.

The Spaniard just needs to put pen to paper on his new long-term contract and there is optimism that the deal can be completed and announced on Friday.

Chelsea will need to register Cucurella before midday in order for him to be part of Thomas Tuchel’s squad for the opening weekend of the new Premier League season, with the Blues taking on Everton on Saturday afternoon.

The 24-year-old – who only cost £15m when he moved to Brighton less than a year ago – potentially covers two problem positions for Chelsea in their back-line.

In addition to providing cover and competition for Ben Chilwell at left wing-back, Cucurella also played as the left-sided centre-back in a back three at the backend of Brighton’s Premier League campaign.

He has not been training with Brighton for the past few days amid the speculation surrounding his future, so he may take some time to earn a place in the Chelsea starting XI.

Colwill, meanwhile, will gain valuable top-flight experience with the Seagulls before returning to challenge for a place in the squad next season.

Chelsea still hope to make a number of other additions before the transfer window closes and Tuchel still wants to reinforce his back-line further, with Leicester City’s Wesley Fofana the next man they are hoping to bring in.