Marcelo Bielsa insists the ‘Dirty Leeds’ days have not returned despite his side having the worst disciplinary record in the Premier League.

The Whites picked up five yellow cards in Saturday’s 3-2 defeat at Chelsea on Saturday, when a brawl ensued between the teams at full time.

Leeds now have seven players who are one booking away from being banned and their overall total of 46 yellow cards is a league high this season – seven more than the next worst team, Newcastle. 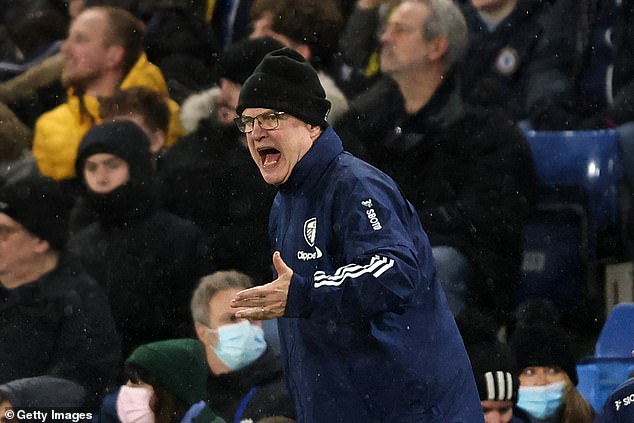 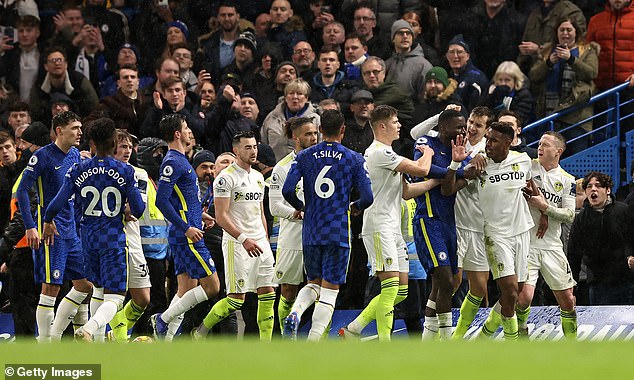 The Elland Road club earned the ‘Dirty Leeds’ tag under the management of Don Revie in the 1960s and 70s.

But current boss Bielsa said: ‘I don’t think we are a violent team. I haven’t observed this subject. Sometimes it’s casual and the details generate a yellow cards. Sometimes it is an excess of enthusiasm.’

Raphinha, Tyler Roberts, Junior Firpo, Diego Llorente and Jamie Shackleton have all received four bookings each this season, as have injured pair Liam Cooper and Rodrigo.

Under Premier League rules, five yellow cards after 19 games constitutes a one-match suspension, but Bielsa says that will not affect his team selection going into tonight’s match at Manchester City. 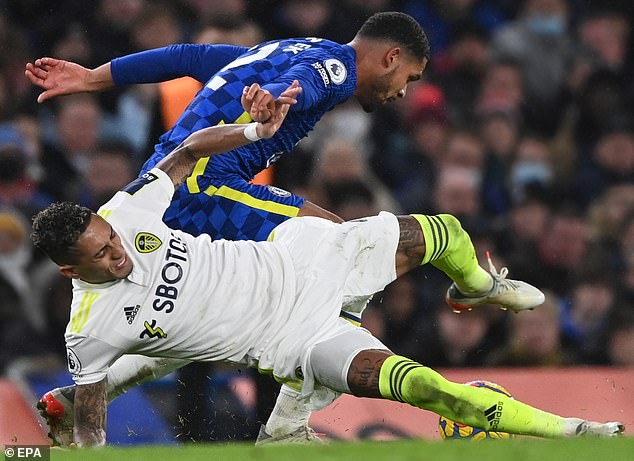 ‘There is no need for an added recommendation to the one we usually make, which is to avoid actions which will make you be booked,’ added the Argentine.

‘That recommendation is never conditioned to the number of bookings a player is on because even if they weren’t close to a ban we would not want them to create excessive actions.

‘We always try not to be booked. Whether on the limits of the yellows or not.’