Leeds boss Marcelo Bielsa offers support to Frank Lampard over Chelsea sacking, saying he needed ‘development and time’ and that English football is losing its ‘spirit’ as a result of its cut-throat attitude to managers

Marcelo Bielsa believes Chelsea’s brutal sacking of Frank Lampard proves the spirit of English football is losing its allure and fears fans will suffer as a result.

Lampard was axed after just 18 months in charge at Stamford Bridge and replaced by Thomas Tuchel, a move which led Leeds boss Bielsa to express great sympathy for the former England midfielder.

Bielsa, now in his third season at Elland Road, feels the increasingly cut-throat nature of management in the Premier League is evidence of the decay of English football.

The Argentinian, whose side travel to Leicester today and has yet to commit his future to Leeds beyond this season, said: ‘Lampard built one of the best groups in English football — the whole world — and evidently that group needed development and time.

‘I regret that a colleague who has designed a very interesting project wasn’t able to finish it.

‘English football, which had been a leader in the world in allowing managers time to develop their projects, has stopped doing so. Every time [it happens], it has less of the English spirit and is owned less by the English — things which made it very attractive.

‘For example, a scenario where a team can be created over a long period of time, the improvement of the project is valued through hard work and support. To lose that is to lose a lot of things. 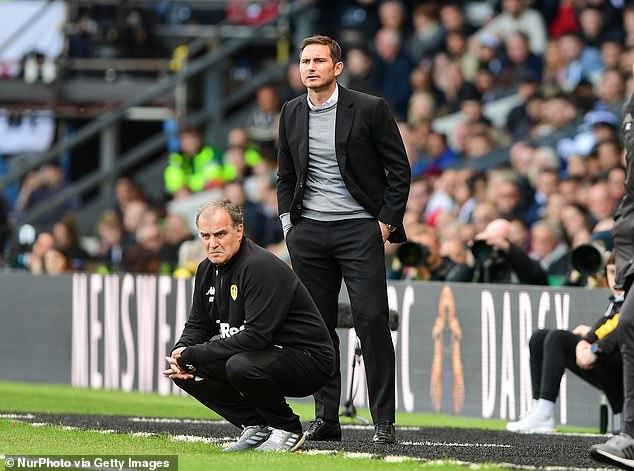 ‘Not so much for the most powerful teams, for whom everything is the same as they can resolve any conditions they come across.

‘That’s why I value the leagues below the Premier League and Championship. But everything now makes it difficult for those teams to aspire to be a big team.

‘The public only value the badge and the result. One day all of this is going to have consequences which the public are going to regret.’

Leeds owner Andrea Radrizzani, meanwhile, cited Leicester as their model as they seek to re-establish themselves as a serious force.

NFL franchise San Francisco 49ers have increased their minority stake in Leeds from 15 per cent to 37 per cent, which Radrizzani believes will help them ‘polish a famous football brand’. 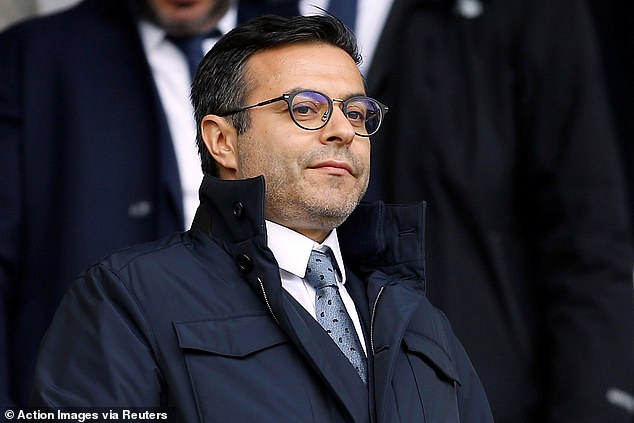 Bielsa said: ‘Andrea puts the club’s interests ahead of his commercial and financial interests.

‘He has invested a lot of money in things that could be ignored.

‘Those investments are more for the long term in how you envisage the club to be in the future.

‘Leicester is an example because they have two players per position and you don’t make this construction overnight.

‘To see a club like Leicester who’ve invested £100million on a new training centre is very interesting. I’m happy the president of Leeds sees them as a reference.’