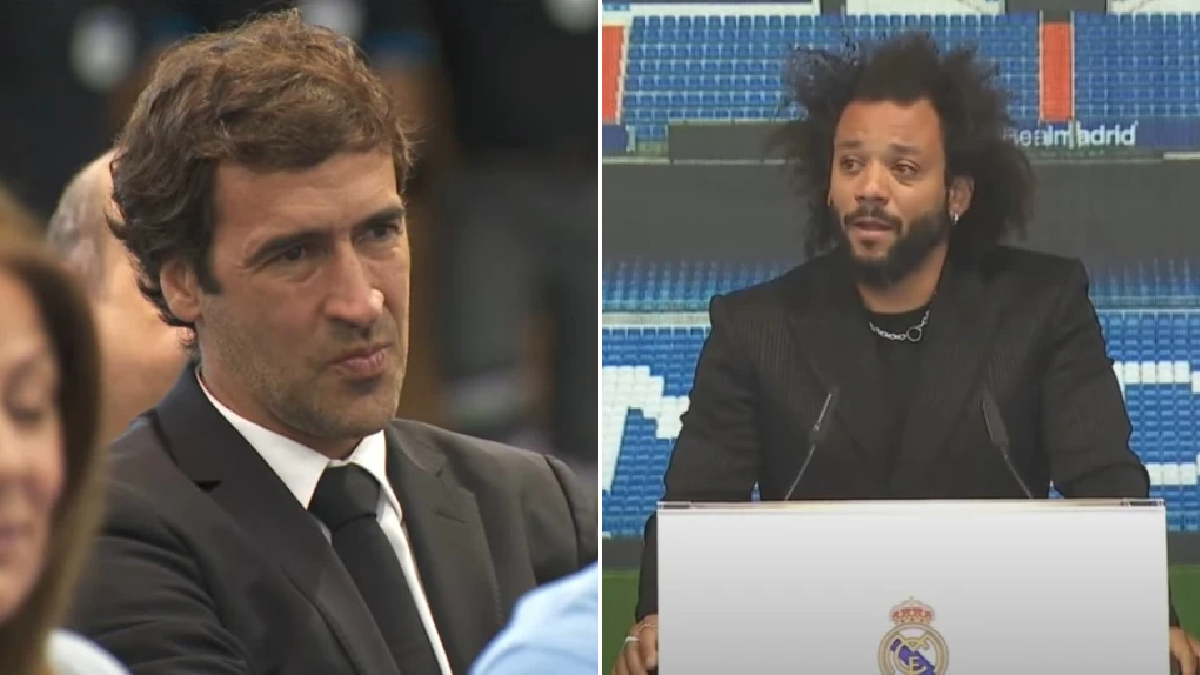 The Brazilian left-back has spent the last 15 years at Madrid after joining in 2007.

During his time at Madrid, Marcelo has helped the team win 25 trophies, including six La Liga titles and five Champions Leagues.

Raul was Madrid’s captain when Marcelo joined the club at the age of 18 from Brazilian side Fluminense.

And during his final press conference with Madrid on Monday, Marcelo paid an emotional tribute to the former striker.

‘Raul, capi, I want to thank you for the detail you have had with me,’ Marcelo said.

‘You were always very loving, you and your family. I will never forget that.

‘From there I began to see you as an example and I wanted to follow it.

‘I leave here being able to thank you for the strong example that you have been.

‘I have never said it before and I wanted to thank you in person.’

Courtois admits being booed by Chelsea fans was 'unfortunate'