Marco Verratti is back with a majestic display to hand Roberto Mancini a real headache as Italy march into the round of 16 at Euro 2020.

The Paris Saint-Germain midfielder started his first game of the tournament after recovering from injury and immediately made the Olimpico pitch his own.

The Azzurri’s tempo was just as furious as their first two matches of this tournament, despite making eight changes from the side that thoroughly outplayed Switzerland.

Verratti’s eyes regularly lit up when Matteo Pessina found himself between the lines, with the PSG star’s crisp passing helping to establish complete control.

There was more to his game than his range of passing, but Verratti met expectations on the ball, completing 94 per cent of his passes, according to Who Scored.

Verratti was a magnet to the ball, with 136 touches, 43 more than any other player on the pitch and 81 more than any Welsh player.

He attempted 110 passes too, 26 more than the next most for the hosts (Alessandro Bastoni with 84), which included five key passes, a through ball and completing three of four crosses.

But Wales were bending without breaking, though Verratti displayed his impact in the opposition’s third of the pitch six minutes before the break.

Adept at wriggling free when pressed, Verratti earned and then took a free-kick from way out on the right flank.

Whipped in towards the penalty spot, Pessina only needed a glancing touch given the quality on the delivery and the Atalanta midfielder executed the delicate finish to perfection, helping the ball on its way to find the bottom left corner.

As impressive as Verratti was, there’s now an envious queue forming to start for Mancini’s side in what could well be the finest midfield at this tournament.

Nico Barella is a crucial part of what Mancini has built, with his bite and appetite to arrive in the box. 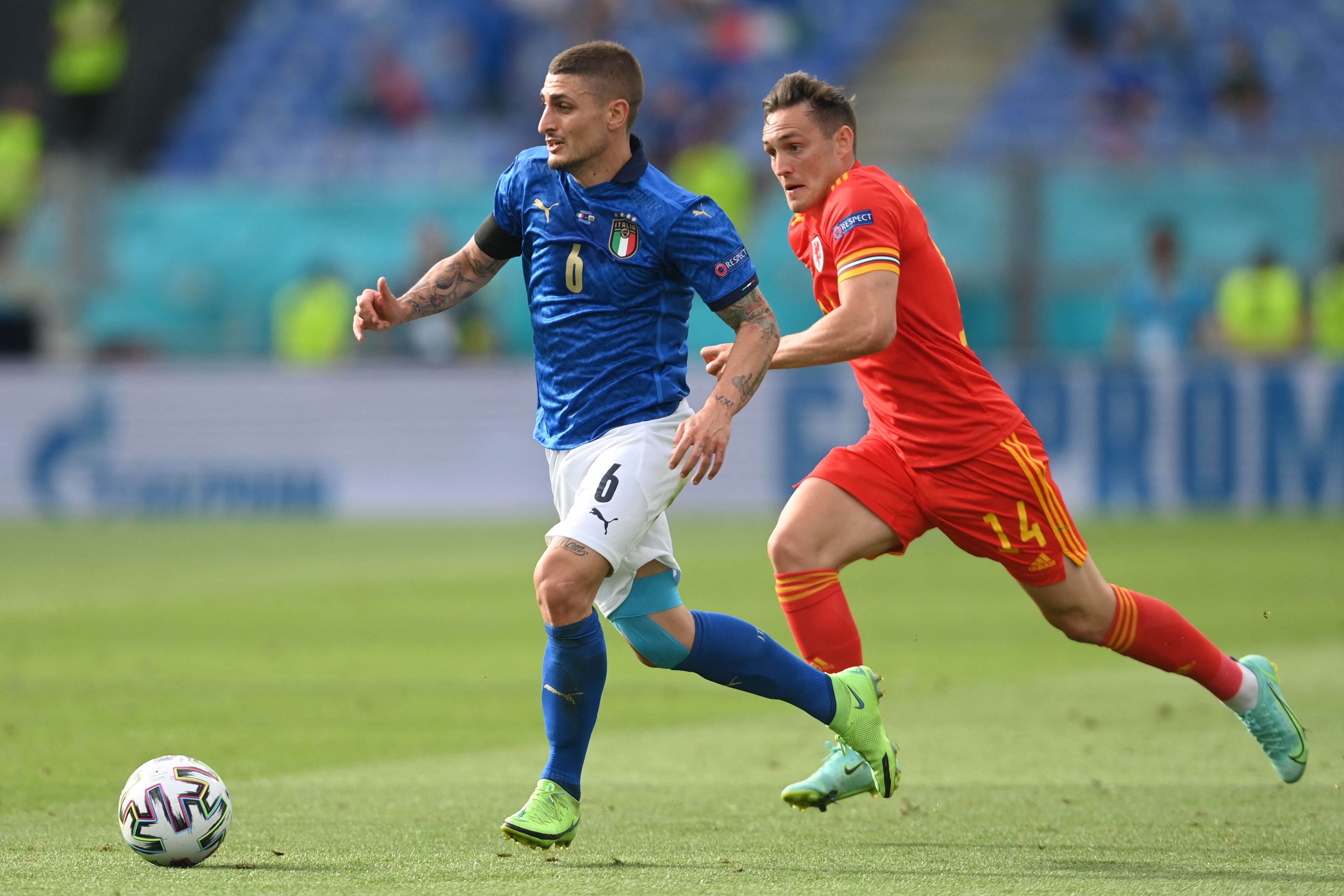 While Manuel Locatelli has been a revelation following his man of the match display against the Swiss deputising for Verratti, adding a threat from distance while increasing his side’s physicality.

And Jorginho’s experience and intelligence provides a platform for the rest to go hunting, including Verratti, who relished the chance to wander into the Welsh half behind the Chelsea midfielder.

But Mancini will relish the problem he has created for himself with this group, with Verratti not only a joy to watch on the ball, but a willing soldier out of possession.

With two aerial duels won, despite his diminutive stature, plus four tackles and an interception, the 28-year-old’s triumphant return further bolsters belief that this could be Italy’s time again.