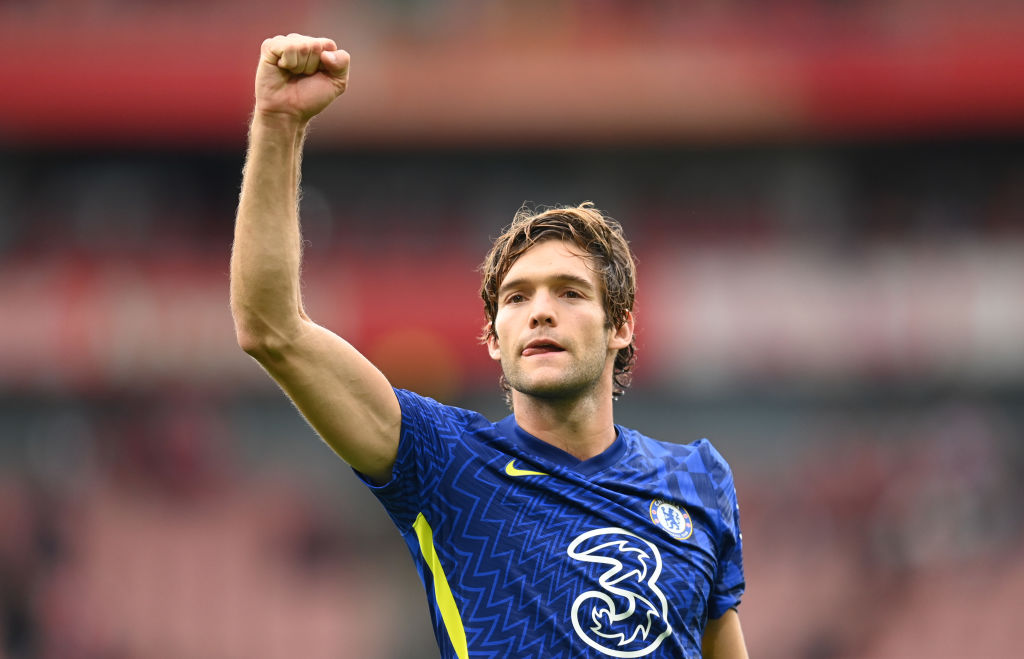 Marcos Alonso has ‘liked’ a post linking to a petition that called for referee Anthony Taylor to be banned after Chelsea’s 1-1 draw with Liverpool on Saturday.

Chelsea were angered by Taylor’s decision to give Reece James a red card after his handball on the line blocked Sadio Mane’s goal-bound effort from close range.

The petition to ban Taylor from officiating Chelsea’s subsequent matches has been signed by nearly 50,000 people with the number expected to rise even further in the coming days.

Chelsea boss Thomas Tuchel and captain Cesar Azpilicueta both criticised the decision after the draw at Anfield.

‘I don’t know anymore what happens and what does not happen. We were just a bit worried that he was just looking at a photo and the photo gives a clear image that it’s a red card and a penalty,’ Tuchel told Sky Sports.

‘For me it was too quick, I would have wished for a longer check and to see the whole situation, where it gets deflected.

‘I can remember referees explaining to us, if it’s a deflection and it’s not a very unnatural arm position, then it’s not a penalty.’

Azpilicueta also accused Taylor of basing his decision off a single replay.

When asked for his verdict about James’ red card after the game, Azpilicueta replied: ‘Harsh. I feel sorry for Reece.

‘The referee got advice from VAR to give it. He went to the screen to watch one replay.

‘We got the double punishment, red card and a penalty – and two yellow cards in the same action. We were angry. But you have to calm down and find a way to fight together as a team. I think the team fought and maybe we had the best two chances in the second half.

Chelsea, without James, will be looking to put the situation behind them in time for their next match at home to Aston Villa on September 11, following a two-week international break.