Marcus Rashford is ready to put personal pride aside in the pursuit of England’s Euro 2020 glory after being left out of the starting line-up against Croatia last weekend.

Although the Manchester United player came on midway through the second half of the 1-0 Wembley win, he has no qualms with biding his time to make his mark.

Gareth Southgate’s side face Scotland on Friday night with the opportunity to seal qualification to the knockout phase, with Rashford in philosophical mood about his situation ahead of it.

“Of course, every single player wants to play but only 11 can start and when you’ve got a talented squad of 26, there’s going to be a lot who are going to miss out,” said Rashford.

“But whether you are on the bench or starting, it’s clear you need everyone in order to go long distance in a tournament.

“It’s about being ready and working hard in training and in the games when you get a chance. You have to move on and I’m just happy the team got three points.

“You have to be professional about it. As a player, it’s natural to be upset because you want to play every game.

“But you can’t put your head down and start sulking because it doesn’t have a good effect on the team.” ‘Kane still one of the best in the world’

Another player who arguably had to swallow some pride against Croatia was captain Harry Kane who was substituted in the 82nd minute after a low-key performance.

But Rashford has leapt to Kane’s defence, saying: “For a long time he has been one of the best players in the world and nothing he does now will change my mind on that.

“Everyone knows about his goalscoring ability but it’s also his all-round game – the way he holds the ball up in difficult moments, wins fouls for the team, and does a good job defensively.

“Last season he was unbelievable – something like 23 Premier League goals and 14 assists so he has a massive influence on games and, put that alongside the work he does off the ball it’s something you have to appreciate.” 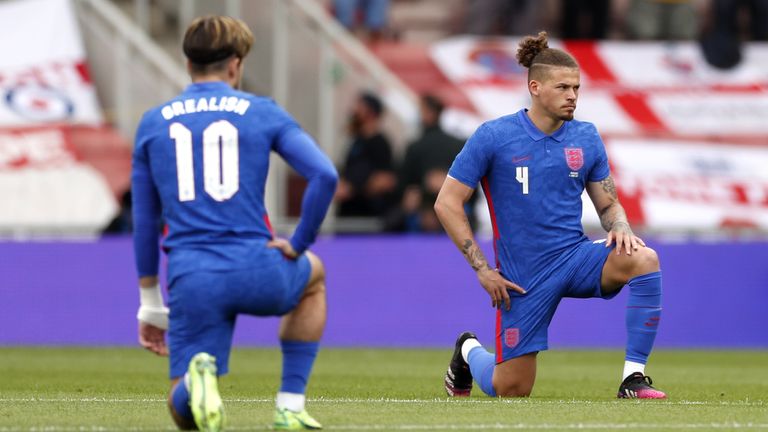 The game will also see Scotland players take a knee in solidarity with their England counterparts when they meet at Wembley.

The Scots had previously confirmed they would continue standing together in opposition to racism but have decided to make an exception for the game against their Auld Enemy as a gesture of togetherness with their opponents.

It’s a decision that Rashford has welcomed in the continued fight to highlight racism and social injustice across the globe.

“Hopefully it will help spread the correct message and have a big influence on people around the world.” 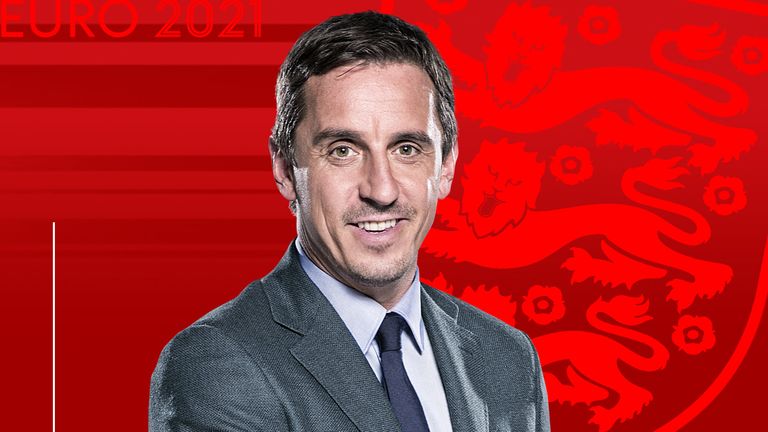 Neville: Maguire must play before knockouts

Gary Neville insists England defender Harry Maguire must play before the Euro 2020 knockout stage to have a chance of featuring in the tournament.

The Sky Sports pundit and former England defender says Maguire, who has been out with an ankle injury since early May, must get substantial minutes before the end of the group stages, and can’t be thrown into a knockout game.

Neville also believes Southgate will stick with two defensive-minded central midfielders for the rest of the tournament after Kalvin Phillips and Declan Rice impressed in the 1-0 win over Croatia, and says Rice is almost as undroppable as Harry Kane.

“I think Tyrone Mings did really well – it was an important match for him. Looking at John Stones and Mings as a partnership before the tournament, you would have concerns against the best teams.

“I know people have dismissed Croatia after the game, but not many were dismissing them before the game, so I would still say that’s a really good win for England against a good team.

“I think the reason Kieran Trippier played at left-back was his experience and know-how, meaning Mings had experience either side of him.

“If Harry Maguire can get back to a level, he will come back in. But if he comes back in, I think if it’s not against Scotland, it has to be against Czech Republic. You couldn’t make Harry Maguire’s first game back a knockout game.

“Maguire must surface in the next two matches, otherwise I fear you won’t see him in the tournament, and it would be Stones and Mings to continue.”

‘Adams was tackling a wall!’ The Boys of 96: England stars on Seaman’s save, Gazza’s goal and that celebration against Scotland

Mark McAdam has got the boys back together. The reporter has tracked down England’s stars of Euro 96 – and, ahead of England vs Scotland at Euro 2020, they tell us the inside story of the famous clash between the two teams at Wembley 25 years ago.

Gary Neville, Jamie Redknapp, Gareth Southgate, Teddy Sheringham, Paul Ince and Stuart Pearce lift the lid on what it was like inside the England dressing room before that dramatic match, the key turning points in the contest, and how the victory ultimately propelled England to the semi-finals.

For more behind-the-scenes stories of England’s adventures at Euro 96, you can watch The Boys of 96 on Sky Sports News and the Sky Sports YouTube channel.