MARK CLATTENBURG: Manchester United might have won their 22nd penalty of the season against Lyon but referee Felix Brych made an excellent decision… it was a nasty challenge by Sevilla defender Diego Carlos

There was a lot of talk on social media on Sunday night about how Manchester United were awarded their 22nd penalty of the season.

It’s the most a team in Europe’s elite leagues has won since Barcelona’s 24 in 2015-16, and the conspiracy theorists seemed to suggest United are good at gaining unfair advantages.

But the decision to award United their latest penalty was an excellent one by German referee Felix Brych. 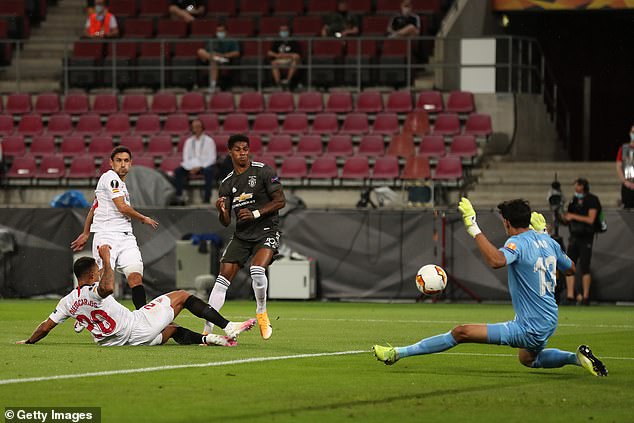 Rarely do you see a penalty awarded for a tackle after a shot and this happened early in this Europa League semi-final but Brych spotted this was a nasty, rash, clumsy challenge by Sevilla defender Diego Carlos.

There was no attempt to play the ball and he clearly hurt Marcus Rashford after sliding in on the 22-year-old United forward.

Brych, taking charge of a high-pressured match which became feisty at times, was well within his rights to point to the spot.

VAR stood by his decision, then Bruno Fernandes did the rest by finding the top left corner. 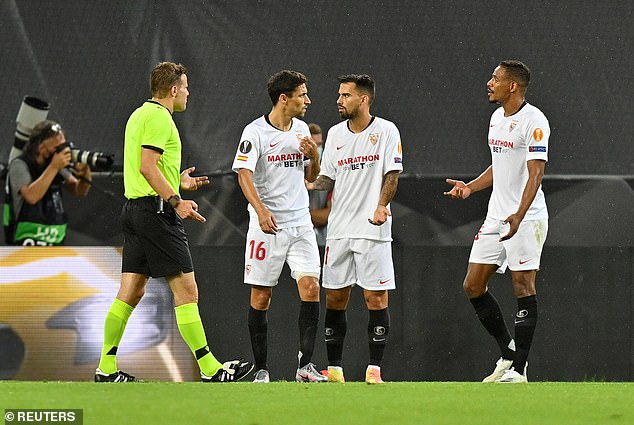 Sevilla players protested the decision, but Brych was justified in awarding United a spot-kick