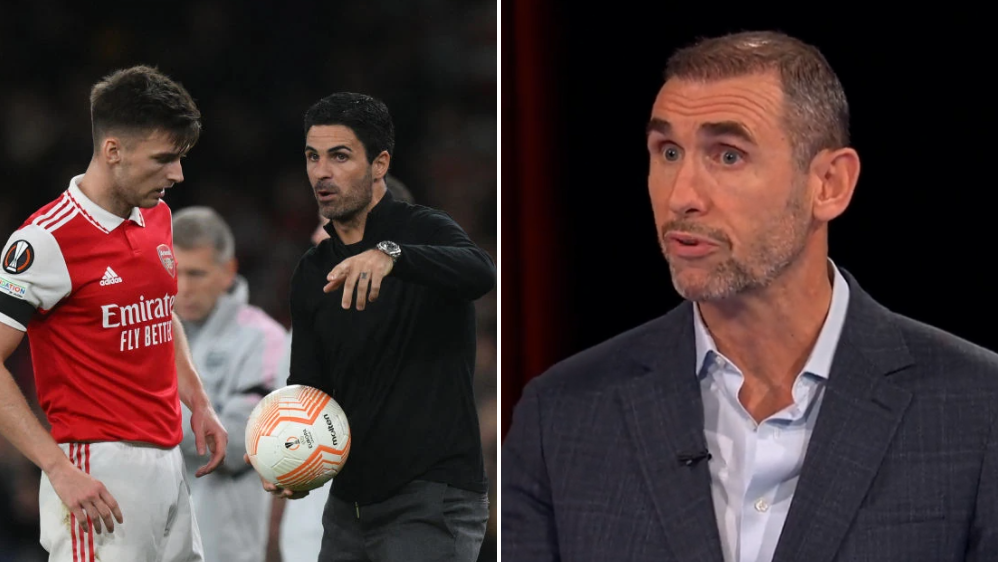 Martin Keown fears Kieran Tierney could be growing frustrated at Arsenal as the club are ‘not completely meeting his needs’ in terms of game-time.

Tierney made his fifth start of the season in Arsenal’s Europa League clash with Bodo-Glimt on Thursday night, impressing for 70 minutes in the 3-0 win.

The Scottish defender has now started both of Arsenal’s European games this season but has started just three of their eight league fixtures, playing back-up to £30m summer signing Oleksandr Zinchenko.

Keown rates Tierney highly – calling him a ‘high calibre player’ – but suspects he might be becoming frustrated at his game-time at the Emirates Stadium.

‘I feel sorry for him,’ Keown told BT Sport after Arsenal cruised past Bodo-Glimt. ‘He’s a high-calibre player and he comes on in every game.

‘But obviously you’re not completely meeting his needs. It shows you the quality and strength of the squad when he’s not starting. You want to have that competition and the level gets higher.

‘Whether or not these players accept that going forward… I don’t know. As long as they play like that when they come in, I think there’s a future there for them.’