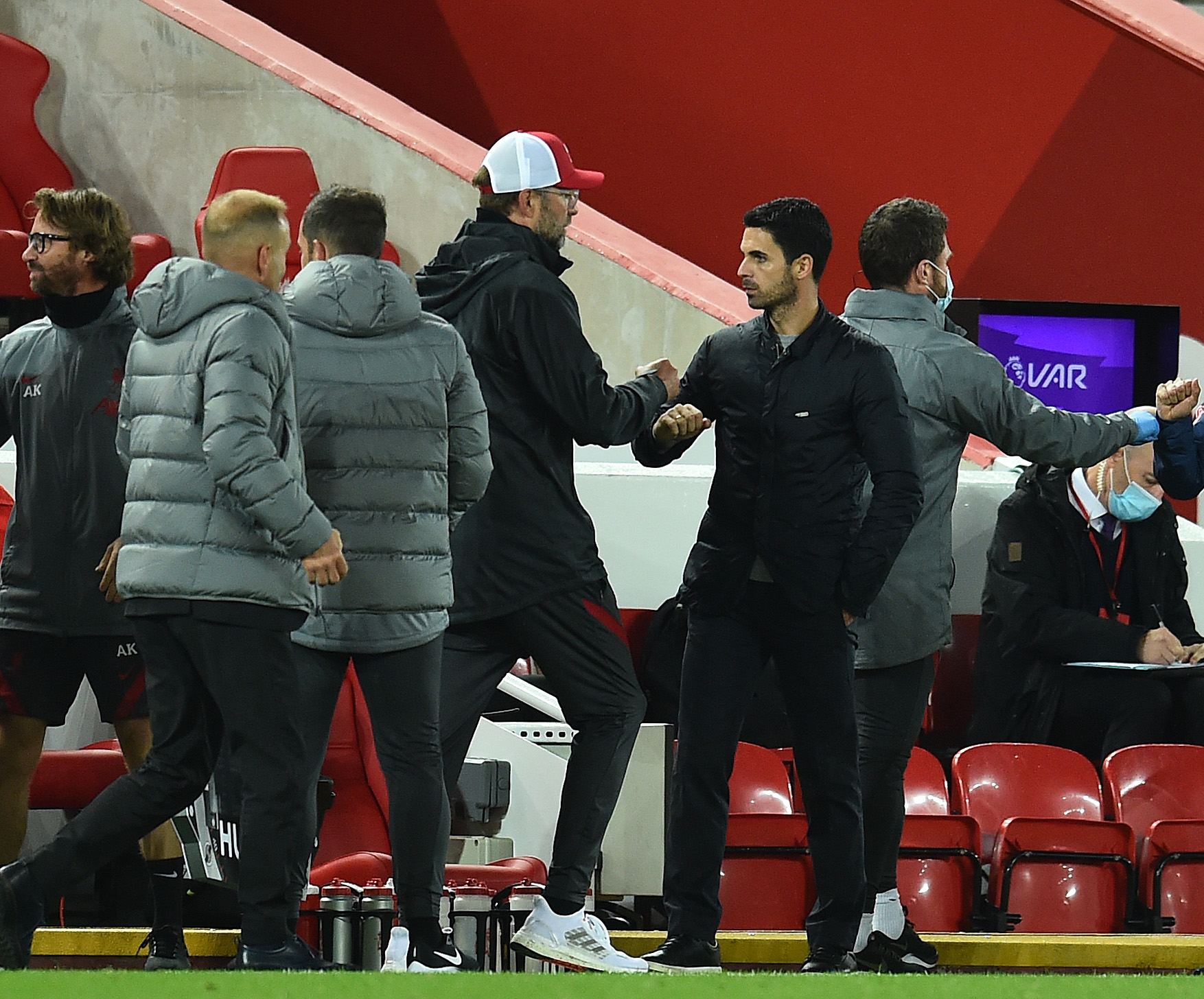 Martin Keown says Arsenal can prove they have returned to the ‘real Arsenal’ with victory at Anfield, but believes an ‘angry’ Liverpool side will have ‘too much’ this weekend.

Arsenal have recovered from a miserable start to the season to rise up to fifth in the Premier League table and Mikel Arteta’s men will leapfrog Liverpool should they come away from Merseyside with all three points.

The north London outfit are riding an impressive ten-match unbeaten streak in all competitions and are looking to make it five wins from five tomorrow evening.

Liverpool, meanwhile, will be desperate to bounce back after suffering their opening defeat of the campaign at the hands of West Ham in their last top-fight outing at the London Stadium.

‘I can see this is going to be a hungry, angry Liverpool team and Arsenal will be tested to the limit,’ former Arsenal and England defender Keown said on talkSPORT.

‘But if Arsenal can get something there as we said against Leicester – they beat Leicester when people didn’t think they’d do that – then this really is the real Arsenal back and the story starts now.

‘If they win that game then Liverpool will know that Arsenal are right back to where they were many, many years ago.

‘But I still see Liverpool having too much for Arsenal right now at this point of the season.’

Keown’s ex-Arsenal team-mate, David Seaman, agrees that it’s likely to be a ‘really difficult’ clash for the Gunners against Jurgen Klopp’s rampant Reds.

However, Seaman is hopeful his former club can come away from Anfield with at least a point.

‘I think of this game and I just think of all the games I played in and I just had a flashback to when [Andrey] Arshavin scored four goals and he was running up to the Arsenal fans holding up four fingers,’ Seaman said on his Seaman Says podcast.

‘My head is telling is that it’s going to be really difficult, but me heart is telling me that Arsenal might get something out of it.

‘We need to get something out of this game and the Manchester United game to show where we are. We’re on the back of this really positive run.

‘Can we now use that to go to Liverpool and do something there like take a point, maybe a win, who knows? But it would be great for the process.’

Asked for his prediction, the ex-Arsenal and England goalkeeper responded: ‘I’m going to go with 1-1 because that’s the least that I can hope for.

‘I just don’t want a smashing! We don’t need to get beat heavily.’