Martin Odegaard linked up with his Arsenal team-mates for training on Friday, as the midfielder prepares for his potential debut following his loan arrival this week from Real Madrid.

Odegaard joined the Gunners on a short term deal on Wednesday until the end of the season as he looks to add creativity to Mikel Arteta’s midfield, as well as competition alongside Emile Smith-Rowe, following the departure of Mesut Ozil.

On Friday the 22-year-old linked up with the first-team squad for training as he hopes to get involved straight away for Arsenal’s clash with Manchester United on Saturday evening. 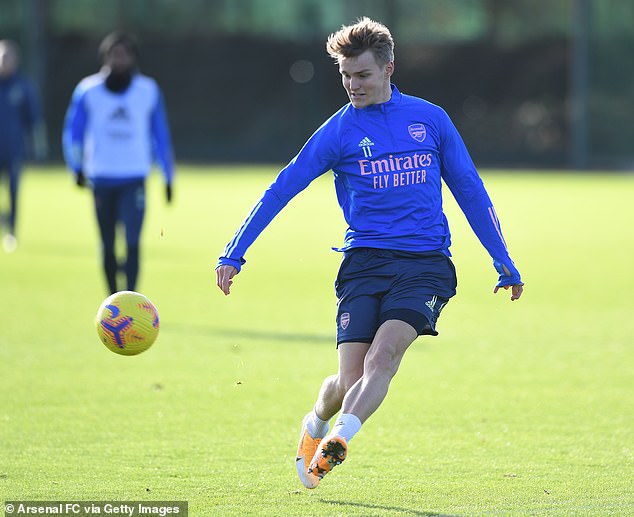 The Norway international looked in a competitive mood as pictures showed him battling for possession along with Gabriel, Mohamed Elneny and Joe Willock.

The session at London Colney also saw the midfielder take advice from Arteta, who will be hoping his new signing will be able to fire the Gunners towards a Champions League charge in the second half of the season following a poor first half of the campaign.

Arteta has remained coy on whether he will throw Odegaard into the deep end against the Red Devils at the Emirates Stadium. 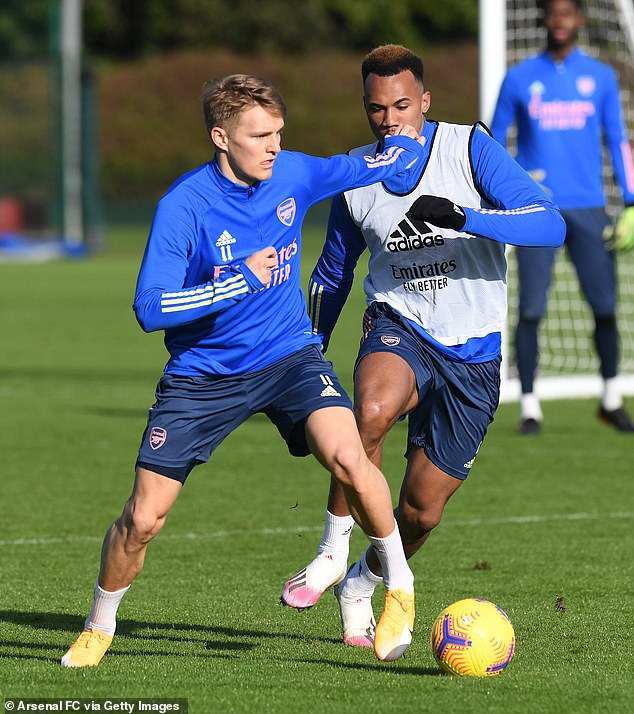 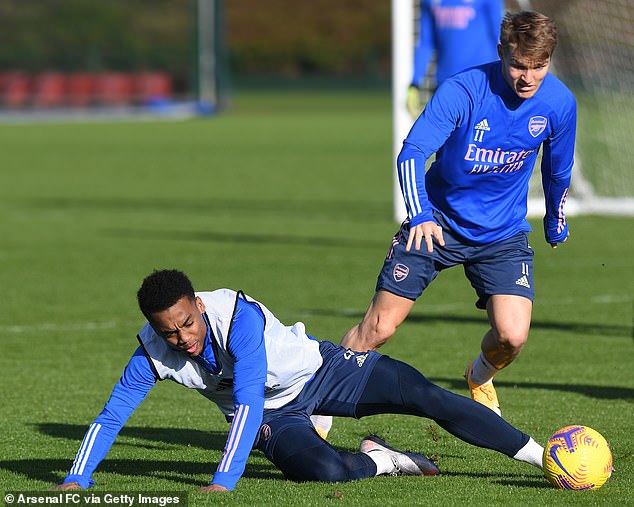 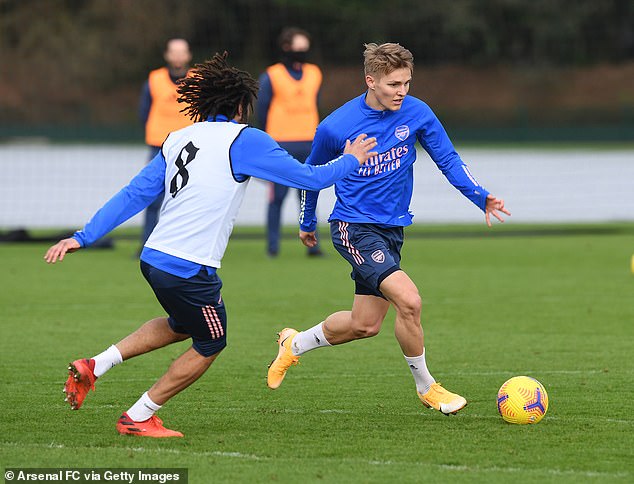 The Arsenal manager stated upon his signing that he hopes to use him for first-team involvement straight away.

‘Martin will provide us with quality offensive options and we’re all excited to be integrating him into our plans between now and May,’ Arteta told the club’s website.

Odegaard made headlines in 2015 when at the age of 16 he joined Real Madrid for €3m from Stromsgodset, however he has since struggled to make a first-team breakthrough in the Spanish capital.

He has started just five of his nine games under Zinedine Zidane this term and has played just 367 minutes total. 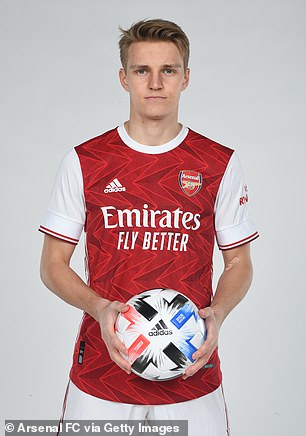 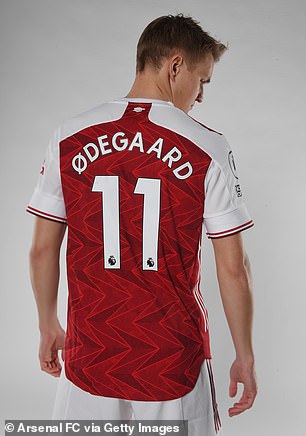 After struggling to break into the Real Madrid first-team, Odegaard signed on loan at Arsenal this week until the end of the season