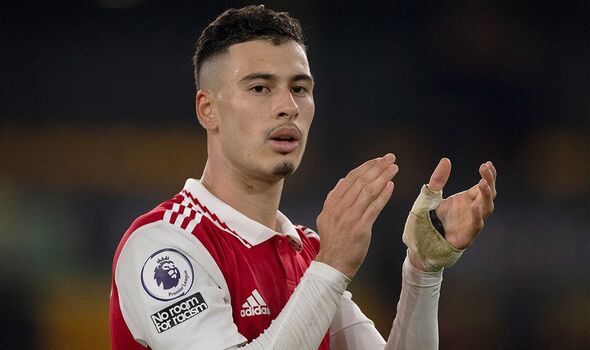 Arsenal forward Gabriel Martinelli has reportedly decided to sign a new contract with the Gunners. Barcelona are claimed to have enquired about the Brazil international but he will remain at the Emirates.

Martinelli’s contract at the Emirates expires at the end of next season. However, the Gunners do have an option to extend it by a further two seasons.

But the player and his representatives have understandably been keen on getting an improved deal following his superb start to the season. Martinelli has started all 14 Premier League matches so far this term, scoring five goals and registering two assists.

He has become an integral part of Mikel Arteta’s side, who sit five points clear at the top of the table ahead of the resumption of top-flight football next week. And the north Londoners are set for an early Christmas present regarding his future.

Spanish outlet Sport claims Martinelli has decided to sign a new deal with Arsenal. Barca expressed their interest but he feels comfortable with the Gunners and wants to stay.