Manchester United forward Mason Greenwood can become the best player the club’s academy have produced since George Best, reckons former Chelsea defender Jason Cundy. Greenwood, 18, has scored 16 goals in all competitions for United in his first full season at the club. The teenage forward has netted in each of his last three Premier League starts to help extend the Red Devils’ unbeaten run in all competitions to 17 matches.

Greenwood spent the majority of his time in the United academy as a central striker but he has had to play from the right in the first team due to the form of Anthony Martial.

But Cundy has seen enough of the forward to predict a huge future for him, claiming he will be better than the likes of team-mate Marcus Rashford and United legends David Beckham and Ryan Giggs.

“I think Mason Greenwood could go down to be the greatest Man United academy player since George Best,” Cundy said on talkSPORT.

“He is looking more and more like a player that you think, ‘wow’. 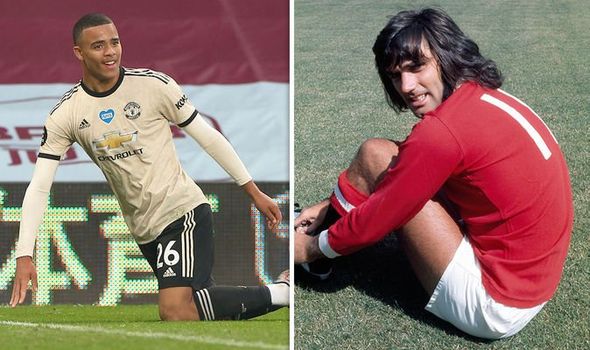 “We are looking at the best academy player since George Best. Honestly I do.

“Of course it’s early days but from what I have seen from this young man, the composure, the ability to take it with both feet, the way he changes direction…

“Young players have this air of unbelievable confidence and he will know one day what failure does feel like because he hasn’t tasted it yet. But wow, he is something else.

“We talk about Phil Foden. He could be better than Foden.

“Imagine what he’ll be like in five years? He could be the best Man United have ever produced since George Best.”

United boss Ole Gunnar Solskjaer says it is up to Greenwood as to how far he goes in the game.

Solskjaer said: “I am doing my bit to help him but he has to do it – turn in performances in training, in games, live his life properly. It’s up to him how far he wants to go.

“He’s 18 and of course he will get better. He is a natural footballer and has been in the academy since he was a little boy. His dad showed me a picture of us together when he was seven.

“He knows we believe in him. You cannot leave players out when they score goals.”

Newcastle Women start life at St James’ Park with a win in front of 22,000 fans