Wrong team, Rabbi! Matondo given warning by Schalke after being pictured in an Instagram post wearing shirt of arch-rivals Borussia Dortmund

Rabbi Matondo has been given a warning by Schalke after training in the shirt of arch-rivals Borussia Dortmund.

Matondo was pictured in an Instagram post wearing the shirt with the name of his friend Jadon Sancho on the back of it during a gym workout in Cardiff.

Matondo and Sancho played together at Manchester City as academy players before both of them moved to Germany to continue their careers. 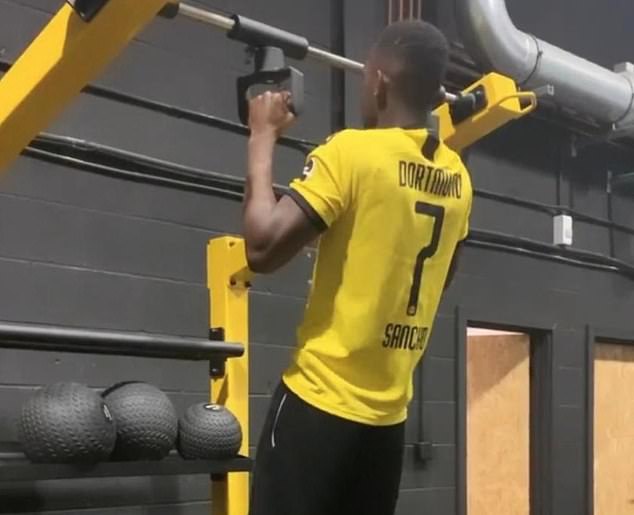 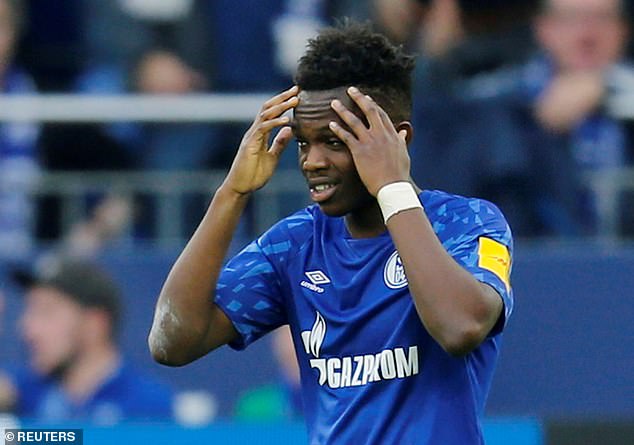 ‘I made it clear to Rabbi Matondo on the phone what we think of such a rash move,’ said Schneider.

‘He is only 19 years old but he shouldn’t have done that. 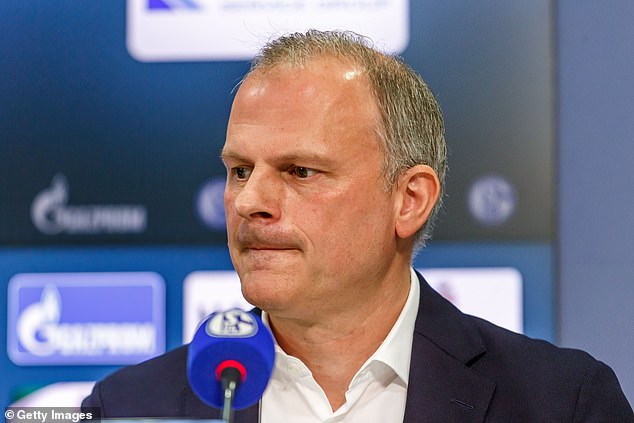 ‘We clearly told him that he had to show the right reaction to his misconduct on and off the pitch.’

Matondo left City in 2019 to join Schalke for a £10million fee on a four-and-a-half-year contact which expires in the summer of 2023.

Schalke and Matondo finished the Bundesliga season miserably, ending up in 12th, after seven defeats from nine games when football returned following the hiatus for the coronavirus pandemic.