I earn more than you EVER will! Matteo Guendouzi tastelessly taunted ‘s***’ Brighton players over money earlier in defeat before £40k-a-week midfielder grabbed the throat of Neal Maupay at full-time

Matteo Guendouzi has remarkably escaped an FA ban for grabbing Neal Maupay by the throat as it emerged that the Arsenal midfielder made tasteless insults to Brighton players on Saturday.

TV footage shows Guendouzi tussling with striker Maupay after the final whistle of Arsenal’s 2-1 defeat, a flashpoint that sparked a mass confrontation between the teams.

But the FA confirmed the 21-year-old French midfielder will not face a violent conduct charge because the incident, although missed by referee Martin Atkinson, was reviewed by VAR. 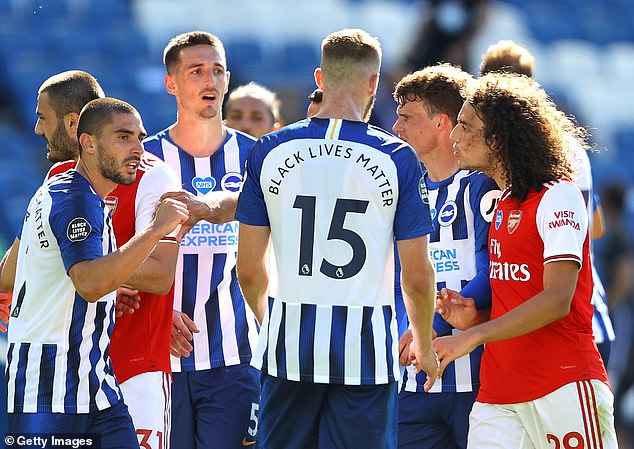 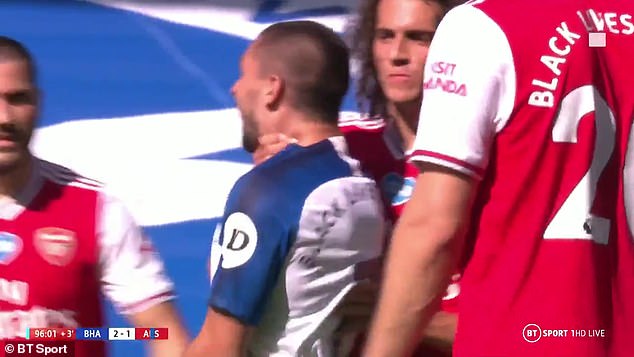 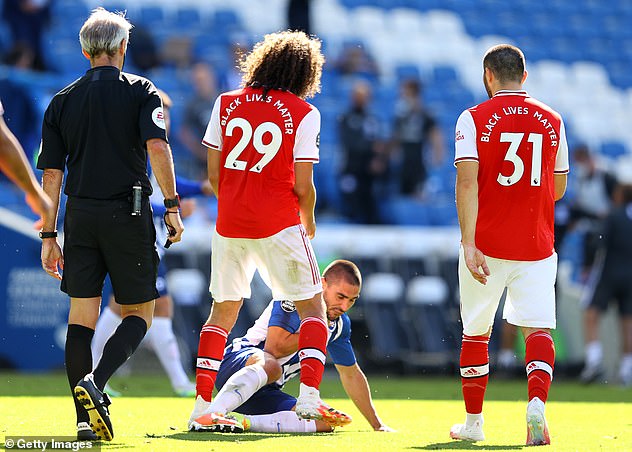 However, Guendouzi’s conduct during the game has been called into question as it emerged he was at the centre of Maupay’s comments that Arsenal players lacked humility.

Sources claim Guendouzi, who earns in the region of £40,000-a-week, spent the game taunting Brighton players about the financial disparity between the squads.

Maupay accused Arsenal players of arrogance following the win, and Sportsmail understands his remarks were primarily aimed at Guendouzi. 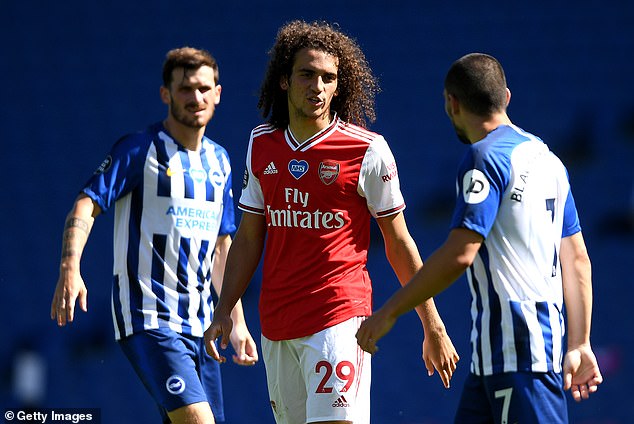 It is also claimed Guendouzi blamed Maupay for the injury suffered by goalkeeper Bernd Leno, and was generally disparaging about the quality of players in the Brighton team.

‘He was saying the Brighton players were s*** and that he and his team-mates earn so much more than they ever will,’ a source said. ‘He’s done it in other games as well. Arsenal are a decent club and hate that sort of behaviour.’

Both Arsenal and Brighton have been warned and reminded of their responsibilities following the skirmishes.

Former Arsenal midfielder Perry Groves has urged manager Mikel Arteta to ensure Guendouzi falls into line. ‘I’ve heard a few things about Guendouzi’s attitude. You want your players to be confident and a bit arrogant on the pitch but he’s not good enough to go around giving people verbals,’ Groves told talkSPORT.

‘If Maupay’s been getting it in the ear all game from Guendouzi and he then goes and scores the winner, he is right to say, “What have you got to say now?” 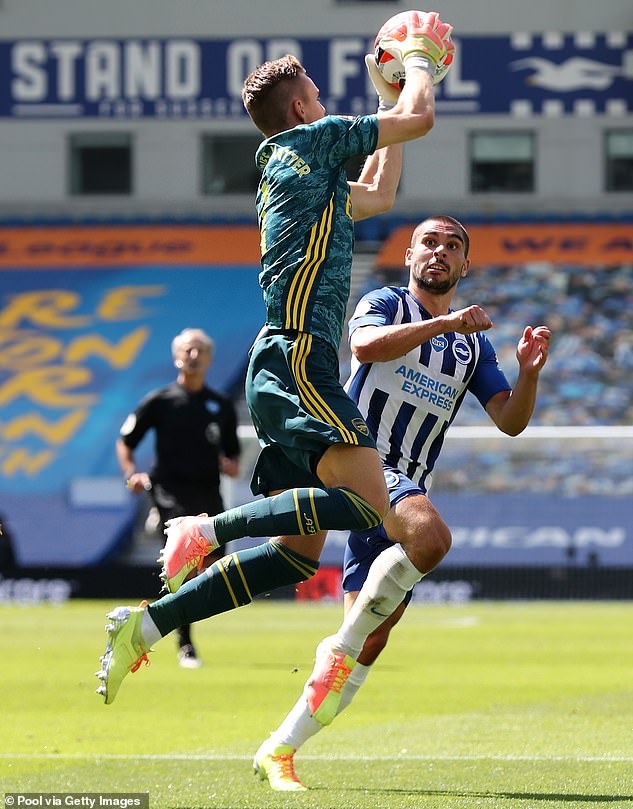 ‘Someone, whether it’s Arteta, the coaching staff or the senior players, needs to tell Guendouzi to wind his neck in.’

Arteta has been keeping a close eye on Guendouzi’s attitude since axing him from his squad for the game against Newcastle in February as a result of what he felt was an unsatisfactory level of professionalism shown during a winter break training camp in Dubai.

At the time, reports of his behaviour there had circulated back to France manager Didier Deschamps, who is understood to have contacted Arsenal about the issue.

Guendouzi has impressed Deschamps, who gave the midfielder his first senior call-up in November for the European Championship qualifiers against Moldova and Albania following Blaise Matuidi’s withdrawal through injury.

Deschamps is known as a stickler for discipline and will continue to track Guendouzi’s behaviour ahead of international matches in September. 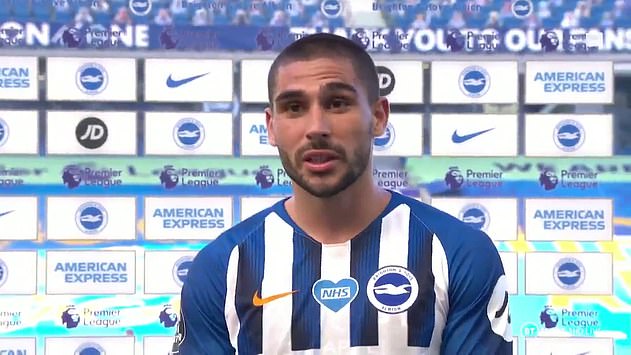 Arsenal are continuing to assess Leno amid fears he could miss the rest of the season with damaged knee ligaments, starting with Thursday’s trip to Southampton.

Maupay’s late winner against Arsenal was his ninth goal of the season and Potter, speaking ahead of Tuesday’s game at Leicester, said: ‘He is a fighter and fights for the team and fights for the club. To score in the Premier League is not easy, especially in your first season. He has adapted well and I think he will get better and better.’

USMNT golden generation? Why Pulisic, Reyna & Co. are on course to make a run at 2022 World Cup