Insult to injury! Matthijs de Ligt left writhing in agony after an accidental – but VERY painful – stamp from Duvan Zapata right where it hurts in Juventus’ draw with Atalanta

Juventus star Matthijs de Ligt was the unfortunate victim of a very painful stamp as the Serie A leaders were forced to battle for a draw against Atalanta.

The highly-rated 20-year-old, who has struggled to impress this season since signing from Ajax, was forced to endure every man’s worst nightmare in the heat of battle when Duvan Zapata’s boot caught him on his genitals.

De Ligt was unsurprisingly left writhing on the ground after the coming together, but miraculously recovered to see out the rest of the match in Turin. 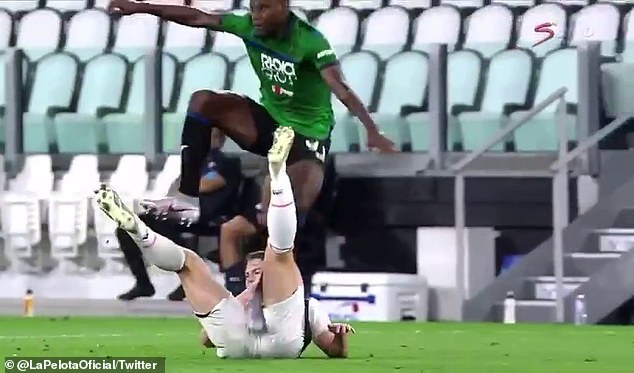 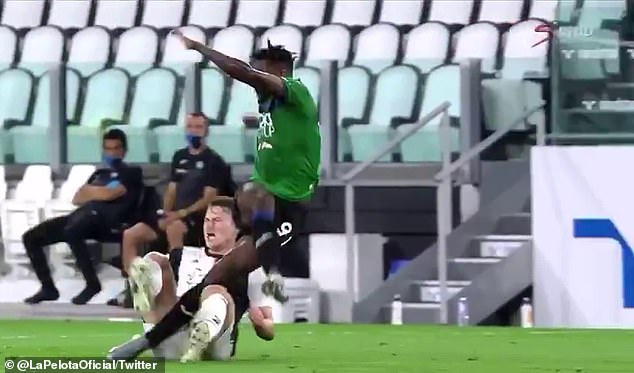 Atalanta ace Zapata had challenged De Ligt for the ball, and even attempted to muscle the Dutchman out of the way. The latter stood his ground, however, kicking the ball away on the slide.

But as Zapata attempted to hurdle the well-timed tackle, he accidentally brought his left boot down between De Ligt’s legs and left his opponent in unimaginable agony.

And to add insult to injury for the young centre back, Zapata had even opened the scoring for Gian Piero Gasperini’s high-flyers.

The 29-year-old Colombian frontman was able to latch on to a pass forward from Alejandro Gomez and fired a low effort beyond Wojciech Szczesny on 16 minutes. 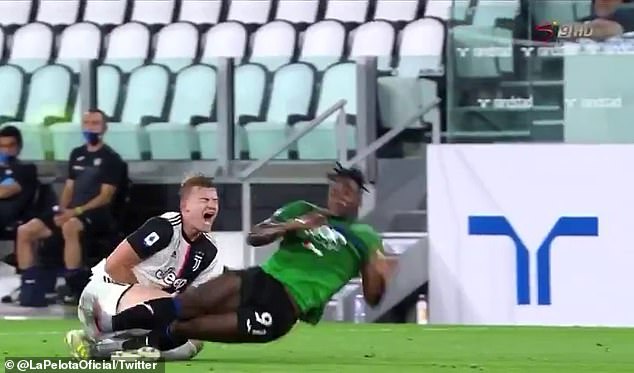 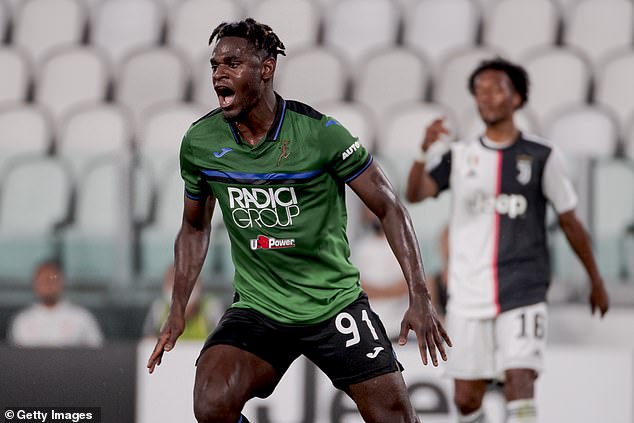 But ten minutes after the half-time break, Juventus were awarded a penalty from which Cristiano Ronaldo plundered the equaliser. Paulo Dybala’s cross struck Marten de Roon’s elbow at point-blank range, and the Turin giants’ talisman made no mistake from the spot.

Atalanta regained the lead in the 81st minute through Ruslan Malinovskyi, who brought Luis Muriel’s pass under his spell before cracking in a right-footed strike.

The hosts were handed another reprieve from a penalty in the dying stages of the clash when Gonzalo Higuain deflected the ball onto Muriel’s hand.

Ronaldo stepped up once again and converted – his 28th Serie A goal in 29 games. 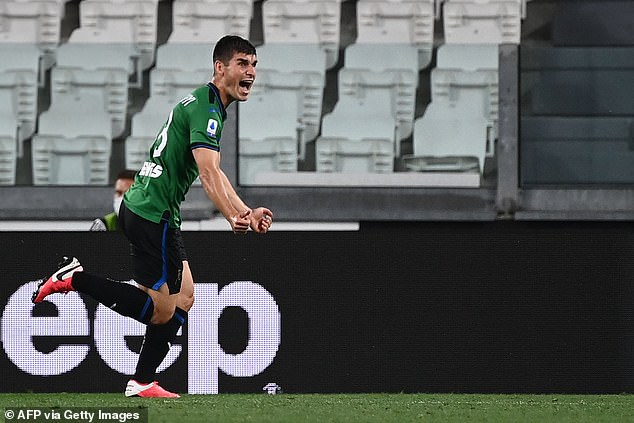 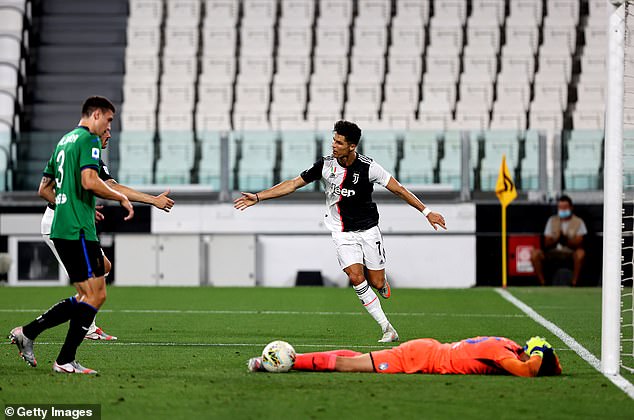