Matthijs de Ligt has offered a fresh update on the plight of Virgil van Dijk to return to first-team action in 2021 following the knee ligament injury he suffered in October.

The Liverpool icon was ruled out for the majority of the season following a challenge from Everton and England stopper Jordan Pickford, and has been sorely missed by Jurgen Klopp.

Additionally, Van Dijk had grown in importance with the Netherlands under Ronald Koeman in recent seasons, but is yet to play under new boss Frank de Boer.

Juventus defender De Ligt, who could still feature in a partnership with the 29-year-old should he make a surprise return to action before June, has now offered an update. “He made a very fresh impression, was free in his head,” he told De Telegraaf following a chat on the phone with the Liverpool defender this week.

“I don’t know how he is physically, because I don’t think he wants to put too much pressure on himself.

“He looks at it from day to day and will see how it is at the European Championships.

“It is important that he does not feel the pressure from us as a team or as a country to be there. That is up to him. If he doesn’t make it, others will have to step up.” Klopp has also been keen not to put any pressure on his star defender as he recovers in the gym, despite his side slipping out of title contention.

He said of the upcoming tournament: “It is not my decision but to be honest the information I have at the moment is that it will be unlikely.

“So (it’s) not that I don’t let them go, because I don’t want to have to do that anyway, it is because of the extent of the injuries.

“We all hope they will be ready to start pre-season with us, that’s what we all hope. These are really serious injuries and it is now not about talking about which competition they play. 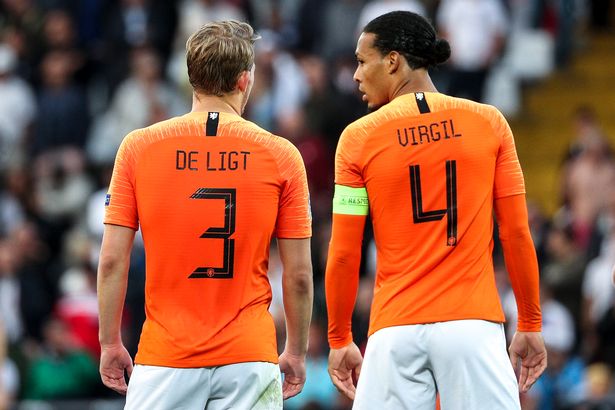 “I am always open for positive surprises and they all of a sudden turn up in team training – but no-one told me that.

“We will be completely over the moon when they are ready to train with us for the start of pre-season but the Euros, I didn’t think about it.

“When do you have to be back to be ready to play in the Euros? The week before? The day the Euros start? I don’t know. I understand maybe the need of that but we cannot make this decision and we will not.

“They will be fit when they are fit.”

READ MORE: Eddie Hall 'loves punching people' and has been pelted with bricks and bottles

READ MORE: PSG star has been in coma for 39 years – was 'only supposed to be there for hours'