Chelsea boss Thomas Tuchel may well be helped out by former Blues boss Maurizio Sarri in the summer transfer window. Roman Abramovich is expected to back Tuchel in the transfer market with several players linked with a move to Stamford Bridge.

Erling Haaland, Harry Kane and Niklas Sule are just a few of the names touted for big-money moves to Chelsea.

But there may also be plenty of activity in players leaving Chelsea this summer as Tuchel trims down his squad.

Tammy Abraham looks set to leave with reports suggesting a bid worth £40million will be enough.

Fikayo Tomori also may leave with AC Milan set to activate their option to buy him for £26m. 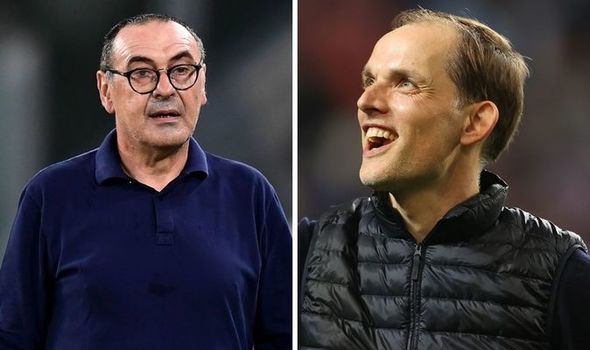 One area where Tuchel may want to rectify in the summer though is in the goalkeeping department.

Edouard Mendy has established himself as the No 1 at Stamford Bridge after arriving 12 months ago.

It’s forced Kepa Arrizabalaga to watch on from the sidelines having fallen out of favour under Frank Lampard.

The Blues icon wanted to offload Kepa last summer but they were unable to find a buyer for the shot-stopper.

That may change this time around though according to transfer expert Alfredo Pedulla.

Lazio are said to be interested in signing Kepa with club president Claudio Lotito pushing for a move.

Sarri famously had a very public spat with Kepa in the Carabao Cup final when the latter refused to be subbed off ahead of the penalty shootout.

The incident left Sarri incensed on the sidlines, but it appears as though the Italian coach has forgiven and forgotten. 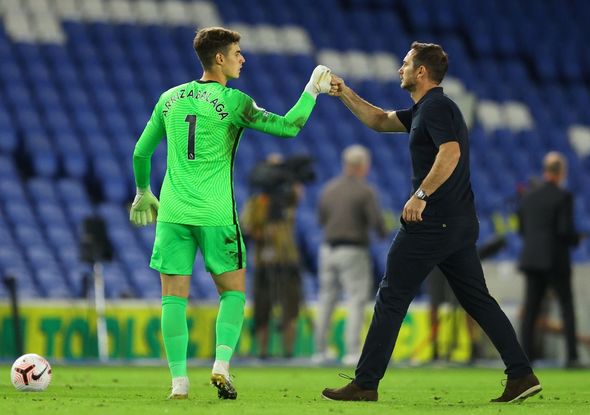 Pepe Reina was the preferred option between the sticks last season having played 29 Serie A matches and it is claimed the Spaniard will stay at the club.

Selling Kepa though will free up funds for Chelsea to spend on recruits elsewhere on the pitch.

An out-and-out striker appears to be a top priority while Tuchel’s desire to play with three centre-back means another defender will also be targeted.

And if Kepa leaves, Chelsea will need to bring in a reserve goalkeeper after releasing Willy Caballero earlier this month.