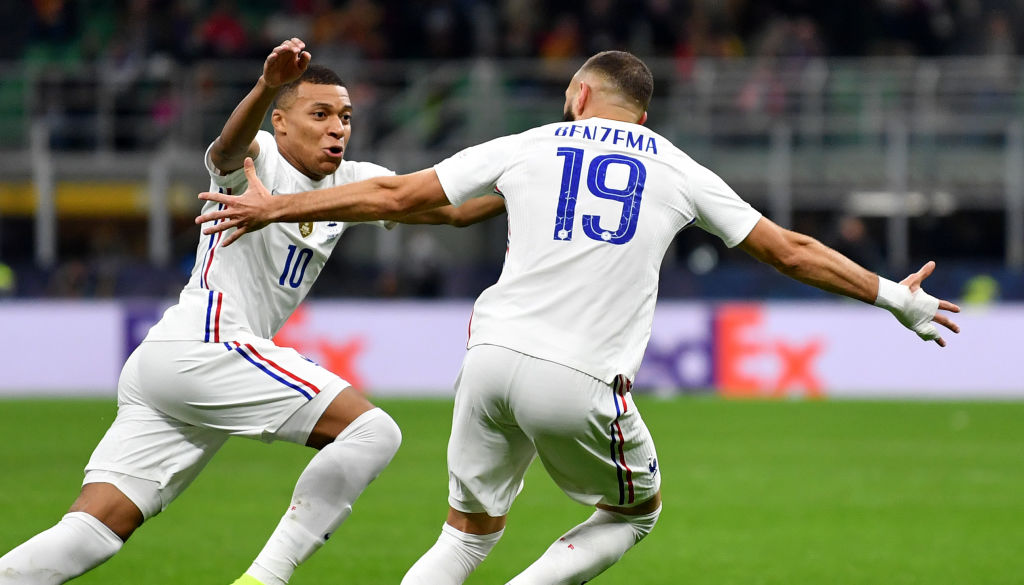 World champions France became the second winners of the UEFA Nations League final after coming from behind to beat Spain 2-1 in a thrilling and captivating contest at the San Siro on Sunday evening.

The Spaniards took a deserved lead but France fought back brilliantly for the second time in the space of a few days, though there was a huge element of controversy to Kylian Mbappe’s seemingly offside winner.

Both sides looked a little tentative in the early exchanges, though Paul Pogba found Karim Benzema with a brilliant pass after just seven minutes and the Real Madrid frontman managed to round goalkeeper Unai Simon.

Unfortunately he went a little too wide and could not roll the ball into the empty net, instead opting to pull the ball back which was cut out by Cesar Azpilicueta.

Spain occasionally threatened in behind, with Ferran Torres proving to be a particular nuisance, though the biggest talking point of the half came when Raphael Varane was forced off injured.

While the first half may have been a tame affair, things started to heat up at the start of the second as both sides threatened in behind and the pace of the game ramped up.

Pogba found himself in the book for a late challenge on Sergio Busquets and suddenly Spain had their tails up as tackles started to fly in from both teams, while Pablo Sarabia managed to get in behind the French defence but his cross found no-one.

Then it was France’s turn to counter as Benjamin Pavard slid a through-ball in behind for Mbappe to chase, but a desperate Marcos Alonso just managed to intercept the pass.

Just after the hour mark a brilliant French move down the left flank saw full-back Theo Hernandez – who scored the winner against Belgium a few days ago – smash the underside of the crossbar with a thunderous effort that kickstarted a crazy three minutes.

Seconds after France could have taken the lead, they found themselves a goal down as Spain raced up the other end of the pitch; a brilliant pass from Busquets released Mikel Oyarzabal and the winger fired a ferocious left-footed effort into the far corner.

But the lead did not last long as a moment of sheer brilliance from Benzema levelled the scores.

The Frenchman picked up the ball on the edge of the box and sent a majestic, curling effort into the top corner with Simon unable to stop it despite getting a fingertip to the ball.

Les Bleus were now looking dangerous every time they went forward and Kylian Mbappe was starting to find a lot of space, almost catching Simon out with a lob before sending a tame effort into the keeper’s hands after another flowing move.

He would not be denied a third time, however, once again latching onto a cute pass in behind and breaking the offside tap, pulling off a stepover before rolling the ball under Simon.

There was some controversy with the goal though, with Mbappe having been in an offside position but the officials deemed that Eric Garcia’s miniscule touch on the ball had created a new phase of play.

Spain continued to pour forward as they sought an equaliser and Lloris was required to make an excellent stop to deny Oyarzabal’s powerful volley.

France immediately countered after a surging run from Pogba, though Mbappe fluffed his chance to put the result beyond doubt, and moments later the United midfielder was required to make a brilliant block in his own box.

A late corner saw Simon sent up and he managed to flick the ball for one of his teammates to fire a ferocious volley that Lloris palmed away again, with the World Cup holders surviving one last scare to spark jubilant scenes.

Republic of Ireland vs Luxembourg live stream: How to watch World Cup 2022 qualifier online and on TV tonight