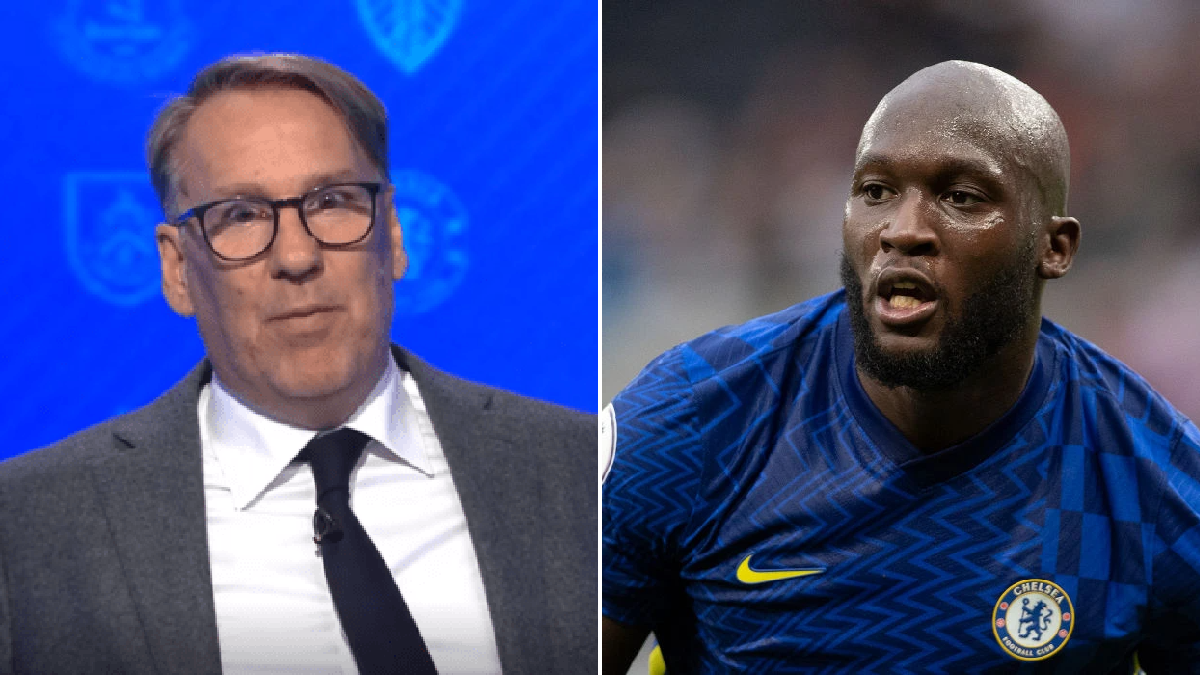 Paul Merson believes Romelu Lukaku was privately pleased to be dropped for Chelsea’s Premier League clash with Liverpool after making controversial comments about the club and a return to Inter Milan.

Blues record signing Lukaku was not included in Thomas Tuchel’s matchday squad at Stamford Bridge on Sunday after admitting he was not happy in an interview with Sky Sport Italia.

As well as expressing his frustrations, Lukaku also insisted he wanted to return to Serie A giants Inter in the near future.

Chelsea’s squad and board backed Tuchel’s punishment for Lukaku but Merson says the Blues boss ‘chopped off his nose to spite his face’ and reckons the Belgium striker was relieved to miss the 2-2 draw with Liverpool.

Asked if the handling of the Lukaku situation was a victory for Tuchel, the former Arsenal and England star told Sky Sports: ‘No, not really. Why would it be a victory?

‘If that was the case and he’s not going to play for Chelsea again, then I could understand it, but if not, why do it?

‘You are better off throwing him to the wolves and playing him, in my opinion. If he then doesn’t play well, the Chelsea fans will soon let him know. I’d have gone that way, personally.

‘It’s been far too easy for Lukaku. He’s said what he wanted to say, he’s been dropped, will come back for a lesser game than Liverpool and everything will be alright.

‘Tuchel should have played him against Liverpool. It was the biggest game of the season for Chelsea.

‘It was the easy option to leave him out and I bet Lukaku couldn’t believe his luck. He needed a trial by the fans.’

Lukaku has returned to Chelsea’s squad for Wednesday’s Carabao Cup semi-final first-leg against Tottenham after holding clear-the-air talks with Tuchel and apologising.

In a video interview with Chelsea’s official website, Lukaku said: ‘I should have been much clearer in my message.

‘The interview was about saying goodbye to the Inter [Milan] fans, and it wasn’t about trying to disrespect the [Chelsea] fans, my team-mates, the club and the manager.

‘They made a lot of effort to bring me here and I wanted to come back. I have been on a mission since I left so I totally understand the frustration of the fans, but now it is on me to make sure I show my commitment 100%.’